Is thumb sucking good or bad for your child?

Thumb sucking has some surprising benefits, but when it continues past a certain age, it can start to cause problems.

Thumb sucking is yet another controversial topic among parents. It's either seen as a natural part of childhood or a nasty habit. Finger sucking can leave lots of parents scratching their heads, wondering what to do.

On one hand, a baby who sucks his finger can more readily soothe himself and may fall asleep more easily - letting you get more sleep. On the other hand, a child who continues to suck on his finger when he is seven-, eight- or nine-years-old may not only have related speach and dental problems but could also suffer socially because of the stigma surrounding finger sucking.

What's a parent to do?

While it can cause problems, thumb sucking is a normal part of childhood. In fact, many ultrasounds show babies sucking their fingers well before they are born. The urge to suck is a natural survival instinct and most children stop the habit on their own between the ages of two and four. Usually, there are no serious side effects but there is a small percentage of children who suck their finger well past the age of five - that's when the risk of dental problems increases.

At that point, the habit can start to have a negative impact on the child's physical and emotional health:

When thumb-sucking gets in the way

Some children have such a vigorous sucking motion it can damage the fingernail, resulting in malformation and sometimes, chronic infection. Children who suck their fingers past the age of five (when permanent teeth begin appear) can cause problems to their teeth and palate. Orthodontia might be needed later on to correct the damage.

It's hard for a child to learn to pronounce words correctly with a finger in their mouth. Children who spend a lot of time sucking their fingers may also delay speaking altogether, or develop a speech impediment. Speech problems can be corrected but it can be difficult.

On a social note, elementary-aged children may become the target of teasing or bullying because of their habit. While social stigma may create enough motivation for the child to stop sucking their finger, damage has already been done to their confidence and self-esteem.

Before you panic that your little finger sucker is on the road for future problems, it's important to remember that most of these issues develop when children continue to suck their finger past the age of five. If your older child continues to suck their finger, usually only vigorous sucking (or sucking so hard a callous develops on the finger) suffer from serious physical side effects.

But here's where parents can find some solace - thumb sucking isn't all bad.

Imagine if there was a magic button (or thumb) you could push whenever your baby needed comforting. Self-soothing is an important step in children becoming independent and developing good sleeping habits. Sucking on a finger can be an easy way for many children to calm themselves during the day or when they wake up at night. This habit can help your baby become more independent, while giving you some extra sleep.

A recent study found that children who suck their fingers or bite their nails are less likely to have positive results on an allergy test. The theory is that finger sucking exposes children to more microbes, helping to promote the healthy development of the immune system, which helps to prevent the development of allergies. The results are not conclusive but do support the general idea that less exposure to microbes has led to an increase in childhood allergies.

If your baby starts sucking his finger within days of birth, there is no need to panic. It's normal, it's healthy and it may help you get some more sleep. Most children gradually leave the habit behind on their own. But with time and effort, those who continue to suck their thumb past the recommended age can find other self-soothing methods and leave the habit behind.

Stacey L. Nash is a mother of four and a freelance writer/blogger. You can find her at www.lovelearningforlife.com.
nextarticle 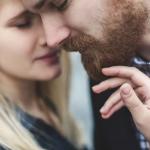 12 Things a Husband Should Do For His…