Is your kid sexting?

Sexting is Becoming an All-Too-Common Problem, One That May Be Affecting Your Child -- Wreaking Havoc on Their Happiness and Well-Being -- Without You Even Knowing It.

According to Pew Research, only 12 percent of teens do not own a cell phone, and of the 88 percent that do own cell phones, 73 percent have smartphones.

But what are teens doing on their phones all day? Texting seems to be teens' social pastime of choice. Pew reports that 58 percent of teens with smartphones cite texting as their primary method of communication. But all that seemingly innocent texting could be anything but innocent.

If you grew up in the bygone days of communicating with friends on those old-fashioned land lines or even by handwritten letter or note, you may not be familiar with the "sexting" phenomenon. According to Kids' Health, "Sexting (or 'sex texting') is the sending or receiving of sexually explicit or sexually suggestive images, messages or video via a cellphone or the internet."

If that definition gives you the knee-jerk thought of "not my kid!" think about this: In 2014, a Drexel University study revealed that 54 percent of teens engaged in sexting before they reached age 18.

Why teens sext isn't as clear as the fact that they do. When asked why they sent sexually explicit texts, teenage girls reported they either did so as a joke, did so to feel sexy, or simply felt pressured into it. Often, sexting occurs in the context of a romantic relationship, while other times, it's viewed as the modern equivalent of flirting.

The ramifications of 'sexts'

While sexting teens might think they're simply flirting, the ramifications of sending sexually explicit texts and photos are far from simple. Living in a digital world means realizing that communications sent and received can be difficult, if not impossible, to erase or retract. Statistics show that seemingly "private" texts and photos are anything but. In fact, DoSomething.org reports that 17 percent of sext recipients will show the message or photo to someone else, and of those, 55 percent share them with multiple people.

"Owning" someone else's incriminating texts and photos also breeds a host of ugly behaviors. Sexually explicit messages enable the recipient to humiliate, extort, blackmail or retaliate against the sender. Additionally, according to iKeepSafe, explicit photos - even those sent between minors - can have legal ramifications because they can be classified as child pornography.

Teens aren't exactly known for being forthcoming with their parents, and sexting is likely a topic they'd rather not discuss with mom and dad. Even if you check your child's smartphone regularly, clever apps like Snapchat enable users to send and receive messages that are automatically deleted, leaving them virtually traceless. And, of course, teens wishing to hide their behavior will be all too familiar with their phone's delete function.

If your teen seems overly protective of his or her cellphone, rarely text in front of you or becomes angry and defensive when you ask them who or what they're texting, your child just might be sexting. As their parent, only you can gauge behaviors that are out of the norm for your children. It's important to follow your parental intuition and do something about any suspicions you might have.

That "something" could be easier than you think. WebSafety is a comprehensive, multi-featured app that gives parents the ability to monitor and control their children's smartphone and social media activity. Keeping your child from sexting is a critical task; their innocence, and even their happiness, depend on it. 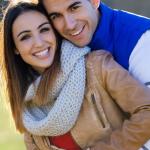 How to Make Sure Your Spouse Never Repels…