It has to be true if it’s on the Internet

So much of the truths that we read on the Internet is laughable, but some of it can be downright harmful. Hints on how to discern truth from fiction.

Did you know that applying egg white to a burn will save the tissue and promote healing? Yeah ... neither did any health professional. This is an example of one of the thousands of untruths currently running rampant on Facebook, Pinterest, and in emails. There is just one problem with it. It is dangerous. By putting egg white on a burn, you could introduce salmonella or a variety of other infections into an already vulnerable wound.

This is the downside to social networks. They are brilliant for keeping in touch with distant family and friends, but they are also harbingers of bad information that spreads like wildfire.

One of my biggest peeves is misquotes. Like this one:

"The problem with quotes on the Internet is that it is hard to verify their authenticity." -Abraham Lincoln

There is also a letter full of negativity attributed to Bill Cosby called, "I'm tired." It was actually written by Robert Hall, a retired military veteran who is certainly entitled to his opinions. However, people believe that by putting a popular celebrity name to a quote, it somehow bears more credence. When I read things like this, I wonder how it must feel to have people put words in your mouth. I would not like for my name to be put to anything I did not say and which would reflect things that I did not stand for. Would you?

What, then, can we do with all the misinformation we are fed on the Internet? Try these:

When you read something, don't assume it is a truth just because it came from someone you trust. Chances are, they got it from someone else and passed it along. The original source may not be reputable.

Take a moment to do your own investigation

There are many resources at our disposal to verify or dispute whether things are true. Just make sure that the source you go to is one that is authoritative. For urban legends, Snopes.com is a fairly reliable source. They investigate and provide substantial background information. For medical verifications, I try to use sources like Mayoclinic.com. You get the idea. Go to the source.

When I read something and find that it is untrue, I share the debunking site in a comment on the post. Nothing nasty, just "I thought you might find this interesting." sort of thing. That way, maybe fewer people will be exposed to these fictitious posts and will verify next time themselves.

Consider how you would feel

Think about the people being misquoted and ask yourself how you would feel if someone was putting words you don't believe in in your mouth. Then think about someone you love being treated with something that could put their life at risk. There is a certain gravity to volleying things around.

In short, don't throw out that half onion, go ahead and buy Pepsi if you want, and don't lose sleep over your pets being eaten by the Angolan witch spider! Verify, verify, verify. Do your part to stop the Internet insanity! 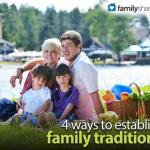