It’s Just a Concussion: When Can My Child Go Back in the Game?

A Concussion For a Young Athlete Can Have Life-Long Consequences. What Can We Do as Parents to Help Avoid Them and What Should We Do if They Occur.

The soccer ball sailed high off the foot of the defender and started it's descent toward the middle of the field. An athletic, young, roughly 14-year-old midfielder followed the flight of the ball and positioned herself to head it back in the opposite direction.

The ball dropped quickly and struck the young lady just above her eyes in the middle of her forehead. Her head and neck absorbed the force of the impact and her body shuttered as she stumbled two or three steps backward and dropped to one knee. I watched as she hesitated a few moments, tried to stand before dropping to her knee again.

Eventually, and with some effort she stood and stumbled to the sideline and said to her coach, "I'm OK, just got my bell rung a bit, give me a minute and I'll go back in the game."

I'd always thought of soccer as a genteel sport, not as violent as football, rugby or lacrosse - sports where there was a greater chance to suffer a serious injury like a concussion.

I don't know the outcome of the injury for that young lady, but the force of the blow impressed me enough to do some research. I found out that for a young athlete who participates in contact sports, there is a 19 percent chance they will suffer a concussion during the year.

Advice from an expert

Steve Scharmann, M.D. is a faculty member at the Porter Family Medicine Residency Program in Ogden, Utah, a team physician for Weber State University and he served as a Venue Medical Director for the 2002 Winter Games in Salt Lake City.

Dr. Scharmann said, "If you suspect your child has a concussion, the first thing you have to do is look for red flags that could signal a skull fracture, serious neck injury or a decline in neurological status. If you notice any change in behavior, vomiting, dizziness, worsening headache, double vision or excessive drowsiness, get the athlete to the nearest emergency room quickly, don't wait."

He said, "If an athlete has a concussion they should not be allowed to return to play in that game or practice. Typically 40 percent of concussions resolve in one week, 60 percent in two weeks and 80 percent will resolve in three weeks.

Six milestones an athlete should reach before returning to competition

There should be at least 24 hours between each stage, and the athlete should return to stage one if symptoms return at any time during the process. The minimum time an athlete should sit out of play or practice with a concussion is two weeks.

Athletes should rest until there are no symptoms which means physical and mental rest. That may mean no school, homework, television or computers.

Once there are no symptoms, they may participate in light aerobic exercise like stationary biking.

If they tolerate light activity well, they then move onto sport specific exercise like throwing a ball.

Move on to no-contact training drills like running, cutting, sprinting and light resistance training are next.

After medical clearance, the athlete can return to full contact exercises.

With no further problems, the athlete can return to full competition.

Parents need to understand that a concussion is damage to the physiology of the brain. It is not damage that can be seen on a CAT scan, MRI or X-ray. If an athlete has one of those tests and it doesn't show anything, it doesn't mean the athlete should be cleared to play if they still have symptoms of a concussion.

Dr. Scharmann said, "Post-concussive syndrome is the term we use for symptoms that last longer than 3 weeks. In these cases, symptoms may last months or longer and the athlete may lose a season of play or more. Proper medical management by a physician trained in the treatment of concussions is important with this syndrome.

One of the fears of returning to a sport too soon after a concussion is Second Impact syndrome. When an athlete suffers a second concussion before he or she is completely healed from the first one, devastating consequences may occur. Fortunately the condition is rare, but it is fatal in 50 percent of the cases and those who survive usually suffer life-long neurological disabilities.

One thing Dr. Scharmann thinks parents should consider is getting baseline testing done when their children begin to participate in athletics. The test is called ImPACT Test. It's valid for kids 10 years of age or older, is done on a computer and usually takes about 30 minutes. The initial test will serve as a control to compare additional tests against after a concussion. It gives doctors information they can use to measure healing. The information it provides is objective and helps us determine when a child can return to play. The test offered throughout the country and is usually offered free of charge or for a nominal fee.

The impact of concussions is sobering and important - something every parent of a young athlete should take seriously.

Let's enjoy watching our kids and grandkids on the field of play. I'll be with you on the sidelines, and we can all work to keep them safe.

Tres is an author, an avid mountain biker, road cyclist and general outdoor enthuist.  In his previous life he ran numerous half and full marathons.  He is married and the father of three children.
nextarticle 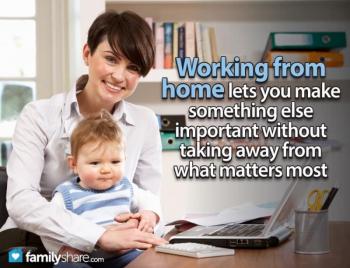 Beyond the Pajamas: How to Be Good at…