‘It’s outrageous, unacceptable, incredibly unprofessional and cannot be tolerated’; two women are fired for doing this to a newborn

You Won't Believe What These Staff Memebrs Did to This Baby.

Two women in Jacksonville, Florida are receiving backlash and punishment for some inappropriate Snapchat pictures and videos, which eventually made their way onto Facebook.

The now viral post showed a video of a staff member holding a newborn while making the baby dance to rap music, and a picture showing a woman making an inappropriate gesture with a degrading caption.

The staff members have been fired from their jobs at the Naval Hospital in Jackson, but people are still outraged at the behavior; the public has been leaving some extremely passionate comments on both the video and the image.

One woman commented, "Hope and pray that this is handled the way it needs to be ... absolutely horrific what they did to a poor helpless baby."

Another commenter was worried about the baby's health after being moved around in such an unnatural way. She said, "Praying for all of those babies, pray to God that they weren't shook [sic] enough to cause any damage. If this is what's on video, imagine what's not."

They released a statement

The hospital released a statement on their Facebook page, addressing the incident. It says, "We are aware of a video/photo posted online. It's outrageous, unacceptable, incredibly unprofessional and cannot be tolerated."

Naval Hospital Jacksonville's Commanding Officer sends: We are aware of a video / photos posted online. It's...

The statement goes on to say, "We have identified the staff members involved. They have been removed from patient care and they will be handled by the legal system and military justice. We're in the process of notifying the patient's parents."

EVERY patient has rights

The hospital is handling the situation well, but people are still concerned about the incident. Every patient has rights, whether they're 95 years old or just a few hours old - And these staff members definitely violated those rights.

Trained staff members are supposed to follow the strict law called HIPAA, which includes patient confidentiality, among many other procedures to protect patients. NursingLink states, "Patient confidentiality is one of the first principles aspiring nurses learn upon entering nursing school." There are many rules that go along with HIPPA, but some of the most basic are listed here:

These videos and images of this tiny baby crossed a line, both professionally and ethically. The little baby in the Snapchats was a patient, and the women who posted the sickening video and picture majorly violated those laws by posting their patient's face on the internet, without consent.

If you're having a baby any time soon, make sure you choose a hospital where you're confident that your baby will get the best possible care. Your sweet baby doesn't deserve to be exploited on the internet for everyone to see. 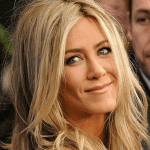