It’s time to return to virtue

Society seems to frown upon virtue, but we can't let that change our desire for high moral standards.

Virtue is moral excellence, goodness and righteousness, specifically chastity. Do you think we, as a whole, exercise virtue today? Most likely not. We are living in a world where many think it is not only OK, but necessary to engage in pre-marital sex, live together prior to marriage, experiment with one's body or also touch and look upon each other's bodies with lustful thoughts.

Not only is this being promoted by pornographic materials, but also magazine covers, television and movies, music and the media. It almost seems as if everyone has succumbed to such debasing behaviors. Even restaurants have lowered standards because "sex sells."

A recent newspaper article by former American Idol hopeful, Carmen Rasmusen Herbert discusses how women and men are both being degraded by the sexualization of women. Women are still being objectified by men - and women are allowing it to happen! Some females have taken jobs at restaurants where they wear very little clothing so men can ogle them while they eat. Men are expected to enjoy the scantily clad women, thus bringing the lack of virtue full cycle.

What can we do to instill virtue back in our homes and society? How can we help our daughters (and sons) live high moral standards?

Respect for sex is necessary

Answering questions about body parts or other similar questions is important to create an atmosphere of trust between parents and children. Later, explaining sex and other details is also important. Kids and teens need to understand, respect and know about these topics so they will be prepared to make good choices pertaining to them. It seems that these conversations are necessary at a younger age because so many children already know bits and pieces and even become sexually active shortly after puberty. For information on how to talk to your child about age-appropriate sex, see the article, How to teach your kids about age appropriate sexuality.

Help kids to understand "why."

When it comes to modesty and sex, sharing information on "why" can be crucial. Help daughters to understand that modesty is showing not only respect for her body, but it also helps her to remain virtuous. Sex, outside of marriage, often leads to heartache, low self-esteem and other possible consequences such as pregnancy and sexually transmitted diseases. These issues can complicate your child's future.

Practice it, don't just preach it!

The best image of virtue for your daughters and sons will come from you. If you are not living a virtuous life, remember that "actions speak louder than words." Model modesty and chaste behavior. Keep homes void of inappropriate entertainment and avoid places where high moral standards are lacking. When less-than-desirable situations arise, use it as a valuable teaching moment.

We must understand who we are

As religious leader, Elaine S. Dalton laments, "We are daughters of God, who loves us." If we can instill a firm knowledge that we are literally children of God, that will help establish the proper perspective. Society tries to tell us that we should do whatever we want and be happy, but that simply will not work. God knows what will make us happy, which is why he has given us commandments to follow. They are to protect us from harm, just like we give rules to our children to keep them safe.

Dalton makes another compelling argument saying, "What would the world be like if virtue - a pattern of thought and behavior based on high moral standards, including chastity - were reinstated in our society as a most highly prized value? If immorality, pornography and abuse decreased, would there be fewer broken marriages, broken lives, and broken hearts? Would media ennoble and enable rather than objectify and degrade God's precious daughters? If all humanity really understood the importance of the statement 'We are daughters of God,' how would women be regarded and treated?"

It starts at home. As mothers and parents we must teach not only our daughters, but also our sons to have moral excellence and to exercise complete chastity. Lead by example and with love. If a mistake is made by your child, it is not the end of the world. Help your children understand that as well. Assist wayward children to start over and recommit to virtue.

Expect virtue - don't let society dictate our morals. Rather, we must demand a return to virtue in our communities. 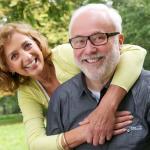 3 Ways to Have Faith in Your Marriage…