Lopez had nothing but high praises about Garner.

Jennifer Lopez recently spoke in an interview with Vogue praising Jennifer Garner’s co-parenting with Ben Affleck by saying the actress is “an amazing co-parent, and [Garner and Affleck] work really well together.” Newlyweds, Lopez and Affleck, have a blended family with their five children and things seem to be going smoothly between them.

Lopez and Affleck were engaged back in 2002, but called off their wedding and split just a year later. Lopez spoke about her undeniable feelings for Affleck by saying she “never shied away from the fact that for me, I always felt like there was a real love there, a true love there.” The pair rekindled their relationship in 2021 and finally tied the knot in July of 2022. “People in my life know that he was a very, very special person in my life,” she told the publication of Affleck. “When we reconnected, those feelings for me were still very real.”

When they married in July, they were officially a family with Lopez’s 14-year-old twins, Emme and Max, who she shares with ex-husband, Mark Anthony, whom she divorced in 2014. Along with Affleck’s three children, 17-year-old Violet, 13-year-old Seraphina, and 10-year-old Samuel, who he shares with Jennifer Garner, where they divorced in 2018 after filing in 2015.

Lopez spoke on the transition for the kids by saying it’s “a process that needs to be handled with so much care.” She added by saying, “They have so many feelings. They’re teens. But it’s going really well so far,” she said. “What I hope to cultivate with our family is that his kids have a new ally in me and my kids have a new ally in him, someone who really loves and cares about them but can have a different perspective and help me see things that I can’t see with my kids because I’m so emotionally tied up.” 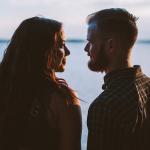 Is Stress Ruining Your Relationship?