Would You Dare Call Any Form of Birth 'lazy'?

Some moms wish their babies arrived more naturally while others may elect to have a C-section. Many mothers want a natural birth and others go for the epidural. Some mothers choose a home birth. Many others struggle with infertility, and some undergo medical procedures to conceive. Others adopt children into their home.

With all the different ways to bring a child into the world and into your family, it's easy to upset people with a poorly thought-out comment.

Recently, actress Kate Hudson was interviewed for an issue of Cosmopolitan. Part of the interview included a questionnaire which included the her response to "the laziest thing I've ever done," according to the Huffington Post. But it's her response to this one question that's stirring controversy. Hudson's answer? "Have a C-section."

@Fabletics was super excited to order when Kate Hudson said this about C-sections in @Cosmopolitan and now I won't be. Shame on you. pic.twitter.com/Rds7syIDDW

Hudson's first son was born via C-section and her second son was a VBAC. Flippantly remarking that having a C-section is lazy is spurring backlash.

i used teo love #KateHudson, but I lost all respect for her. I have had 2 c sections out of necessity, so not lazy, took months to recover.

Moms who have had a C-section are understandably frustrated seemingly being called lazy by the actress.

Should you call an elective C-section "lazy"?

In a previous interview, Hudson said of her first son's birth, "I was going to get induced because the baby was so big. Then my hips weren't opening, and I wasn't dilating. I was in labour. My contractions were two to five minutes apart and I couldn't feel anything."

She added, "The doctor said I could go home, but...we were being stalked by photographers. We went in at midnight and I was like: 'I am not going home. I just don't want to do this again. Let's just have a C-section.' And so I got drugged up."

People swooped in to defend Hudson's "lazy" comment because, perhaps for her, it was more of a "lazy" choice, opting for a C-section.

She did NOT talk about YOU, only herself because she chose it with NO medical reason, just to avoid labour! Unfair to be mad at her!

Could it not be the same as the old saying Too Posh to push? She called herself lazy for choosing a c sec totally diff than u NEEDING one

Babies come into this world many different ways. Some come naturally, some are induced and others are born via C-section. Some parents use a surrogate mother, and so many adopt children into their family.

No matter the way your child was born, the most important part is that they were born. Just because you didn't do it the way others did or how they think you should have doesn't discount the work and effort it took to bring a new life into the world. No birth experience is greater or more correct than another. We do what is necessary to get our babies here, and that's what matters. 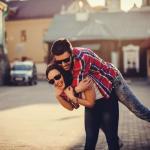 10 Ways a Woman Can Grab the Attention…