Here's One Simple Idea That Can Cut Down Sibling Rivalry, Help Children Own Their Disagreements and Teach Children the Valuable Art of Apology.

As a young couple with four rambunctious, strong-willed, feisty little kids, we were spending all our time trying to stop them from arguing, fighting, and bickering. We tried to tell ourselves that it was just simple "sibling rivalry" but we were getting tired of playing policeman, judge and jury all day long as we tried to arbitrate and "fix" their fights and disagreements.

"Who hit who the hardest?"

It was nuts, and we were taking away the ownership of the conflicts and eliminating our kids' chance to work things out on their own.

We figured that desperate needs required desperate solutions and, one day, an idea occurred to us. We were living in England at the time, and on our way home one night, we passed an old Church that was essentially having a "going out of business sale." They had everything from inside the church out on the lawn, and on impulse we bought a short pew, essentially a little wooden bench.

The next day, we introduced it to the kids as "The Repenting Bench" and explained that whenever there was an argument or fight between two children, they would be sent directly to the bench where they would have to go through a simple process of apology or repentance.

1. Each child sent to the bench must figure out what he did wrong (not what the other kid did.)

2. When they are ready to admit their fault, they must call mom or dad and essentially "confess" what they did.

4. Give each other a little hug.

5. They are then allowed to leave the bench.

Our feistiest child, predictably, wanted to know if he could send us to the bench if we were disagreeing or arguing. (We agreed, and have spent many lovely moments "repenting" to each other under the watchful glare of one or more of our children.)

It didn't work perfectly at first. Kids would insist, "I did nothing wrong - it's all his fault." But after a few talks about how it "takes two to tangle" and discussions about teasing and "provoking" they started realizing that they would be on the bench forever if they couldn't think what they had done in the conflict.

Sometimes, in desperation, they would ask the other kid what they had done and of course the other kid always knew. Even though the process seemed perfunctory at times and kids would say "I'm sorry" or "Yes, I forgive you" just to get off the bench, it was still so much better than the parent taking over and trying to decide who to discipline or punish. Somehow that physical hug at the end was like popping a bubble with your fingertip. Anger, angst and even thoughts of revenge just seemed to disappear!

Over the years that old bench saved us countless hours of bad feelings and arbitrary punishments, and prevented little arguments from building into lasting resentments. Bad feelings between children are dissipated by a little time together on the bench. And most importantly, children learn one of the most valuable life-skills of all - apology and resolution.

Obviously you don't need an old church pew to make this work. Any bench or two chairs or designated "repenting spot" will work (though you don't want to make it too comfortable a spot.) It is important that it always be the same place however, and it is crucial to "role play" the whole thing over and over in a family meeting - letting kids reenact a recent conflict and practicing the repenting procedure. That way, when you say "go to the repenting bench" there is no question about where to go and what to do. 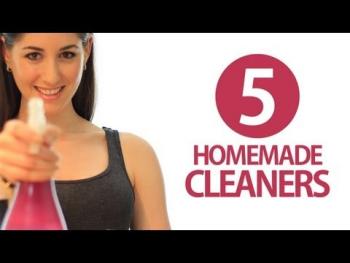 15 Things You're Paying Too Much For