Kobe Bryant Says More Family Time Will Come With Retirement. He’s Not the First to Say So

Kobe Bryant Gave His Last Interview in Front of a Locker on Sunday, Meaning He's One Step Closer to Retirement.

Kobe Bryant hit another milestone Sunday, and it may be the last one of his career.

After a 101-88 loss to the Washington Wizards in Los Angeles, Bryant spoke to reporters in what was his last interview in front of his locker, given that he's retiring at the end of this NBA season and plans to have the rest of his interviews at postgame media sessions, according to ESPN.

And though fans didn't really care that this was his last interview in front of a locker room, it still meant something to Bryant.

"Am I going to miss any of this?" Bryant asked, according to ESPN. "Probably. Maybe. Yeah. I've done a lot of interviews here standing in front of this locker. ... Yeah, I'll miss standing here and watching you [media] elbow each other [for position] and all that fun stuff."

Bryant's decision to retire from the NBA came back in November, when he published a poem called "Dear Basketball" on The Players Tribune, a sports media website. His poem spoke about his love for the game and explained how sad he felt about leaving basketball behind.

As for his reasoning behind retirement, Bryant said in his poem that his mind still wanted to play the game, but his body couldn't keep up.

In interviews afterward, Bryant has occasionally mentioned his family as a reason for him to move on from the sport. He told The Los Angeles Times once that he plans to be around his children a lot more now that he's done playing basketball.

"They understand the concept that this is something that I've been doing since I was 3," he said, according to Los Angeles Times. "This is my entire life. ... It's like, 'Dad's losing that passion now. He's not going to be able to do that same thing he's done forever.' But at the same time, I'll be around a lot more. So they're excited about that."

Family can often be a huge motivator during retirement, and we've seen this consistently over the last few years. For example, back in 2014, Mohamed El-Erian, former CEO of PIMCO, suggested that he retire after his daughter handed him a handwritten letter that explained how many family moments he had missed because of work, The Independent reported.

"About a year ago, I asked my daughter several times to do something - brush her teeth I think it was - with no success. She asked me to wait a minute, went to her room and came back with a piece of paper," he said, according to The Independent. "It was a list that she had compiled of her important events and activities that I had missed due to work commitments. Talk about a wake-up call."

This was similar to Max Schireson, a CEO of the database company Mongo DB, who said in a blog post that he left his position so that he could spend more time with his wife and kids.

Celebrities have similarly decided to leave their careers for family, or at least change them in some way. Cleveland Cavaliers basketball star LeBron James left the Miami Heat back in 2014 to return to his home state of Cleveland, citing family as his reason. Ghostbusters actor Rick Moranis left acting because he wanted to focus more on family and become a stay-at-home dad, too. Similarly, Katherine Heigl left the show "Grey's Anatomy" because her daughter was upset she missed so much family time because of her acting.

"I would come home angry and frustrated that I'd missed everything with my kid that day," Heigl said, according to Time. "I didn't get to wake her up from her nap, or do bath time or bedtime. I'd have to sneak into her room and kiss her when she was sleeping, hoping not to wake her up."

Of course, resigning or retiring from your job because you want to spend time with family isn't something everyone can afford to do. In many cases, this leads to a significant decrease in household income, and, according to the American Family Survey, having a stable job is a very important aspect of life for families. This is probably why financial issues, which can easily creep up if an entire person's salary is wiped away, often lead to divorce or martial concerns, especially when they happen early.

"Arguments about money [are] by far the top predictor of divorce," Sonya Britt, a Kansas State University researcher, told The Huffington Post. "It's not children, sex, in-laws or anything else. It's money - for both men and women."

Luckily for Bryant, he's worth about $25.2 million, so he doesn't have to worry about the financial aspects.

Curry's not only the NBA premier player and 3-pointer shooter, but he's also a leading example of a family man. His wife's currently at his games cheering him on, and his daughter, Riley Curry, will sometimes accompany him after the games, winning the hearts of the Internet. 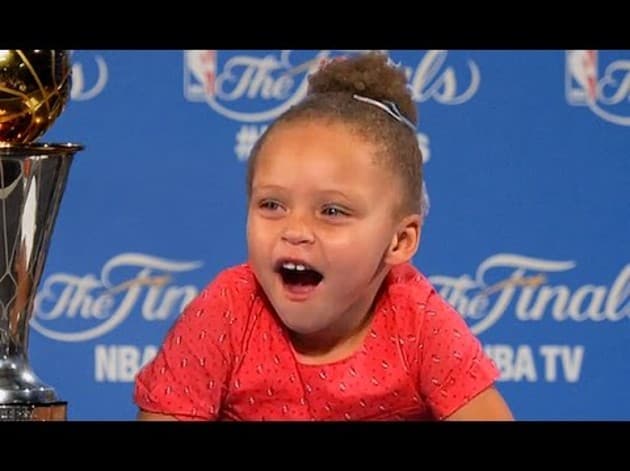 Think Steph Curry's the only one who involves his children in postgame press conferences? NBA star LeBron James has had his children - including his two sons LeBron James Jr. and Bryce Maximus James - visit him on stage, too. It also seems like the apple hasn't fallen far from the tree, since the two young studs have already begun pursuing a career in basketball, like their dad.

The Los Angeles Clippers point guard has brought his child to the postgame press conference before, including the one below in which Paul's son - Christopher Emmanuel Paul II - stared down Paul's teammate and intimidating player, Blake Griffin.

Paul's son actually stole a basketball from Kobe Bryant back in February during All-Star Weekend. Not bad. Not bad.

Sure, he's gone through a relatively messy divorce, but Duncan has shared some inspiring moments during NBA games, too, including when he brought his sons on stage to answer questions from reporters.

In an interview with Belief Net, Howard said his father inspired him to become the player he is today. His father would coach him in basketball, while also spending time as a state trooper. He also spoke about how his mom helped him through some hard times, mostly because she too had survived a number of struggles, including close to seven miscarriages. 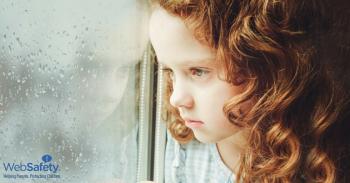 7 Ways to Be the Meanest Parent Ever