‘AGT’ Contestant Takes Pole-Dancing to a Whole New Level: Is it OK For Primetime TV?

Is Pole Dancing Acceptable For Tv?

Kristy Sellars stunned the judges on America's Got Talent after she performed an eye catching and unique pole dancing routine. Her performance took the viewers through an array of visual effects such as moving through forest of mushrooms, falling from a branch and even going through a flood. Sellars performed through this entire visual effect show, all while pole dancing.

"This is so fascinating to see you do this on the stage, because the precision you have to have to make your Act work. You have to be the right time at the right place at the right moment to create your magic. I really think this was even better than the Audition," said judge Sofia Vergara after Sellars wowed the judges after her second performance that ultimately resulted in advancing to the finals of America's Got Talent.

Back during Sellars audition in June, head judge Simon Cowell rolled his eyes when Sellars labeled herself as a pole dancer and went on to talk about her aim to break the stigma of pole dancing. Cowell has since changed his view on Sellars, he even apologized to her by saying, "Actually, I have to apologize, and I'll tell you why. Normally, when people say they're going to pole dance, they go up a very short pole, stand there with their legs out, stare at us, and that's it. And honestly, this was unbelievable...This is one of the most astonishingly brilliant, creative Acts we've seen on the Live Shows."

Sellars, a mother of three from Australia, has a chance to win the top prize after she was voted into the finals of America's Got Talent. On September 14th, the winner will be announced along with the prize of $1 million dollars. This will come after one last performance on the America's Got Talent stage on September 13th. When asked about what to expect in this final performance, here's what Sellars had to say, "For the first Audition, I kept it a little slower so people could digest what I was doing because it was new. I knew that people hadn't seen what I was doing before and would need that moment to take it in. During the Live Shows, they knew I was going to be interacting with the screen, so I could afford to go a little bit faster and a little bit quicker with the interactions. For the Finals, I would love to do something—now that people know what I'm going to do, I'm interacting with the screen—let me move you a little bit. Show a different style." 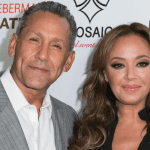