Learning from past parenting mistakes

Parenting takes more than a manual. Good parenting is a product of trial and error as we learn from our mistakes and forge a lasting relationship with our children.

Parenting is a learning process and unfortunately, even the best minds in the world have not produced a manual that encompasses everything a person needs to know. Only through the harsh mentoring of experience can a person learn what it takes to be a good parent and by then, the kids have already moved out. To help you, I've listed a few learning experiences of my own that have helped me be a better parent.

As good parents, we dressed our kids just like every other kid. However, as one experience taught me, this is not the best way of raising children. We were in a crowd and like always my second oldest child decided to get lost. Any parent who has lost a child in the crowd will understand the feeling. It's like a "Where's Waldo" game with life or death stakes. At least, that's how I perceived it with the constant reel of past "Catch a Predator" episodes running through my mind.

Suddenly, all those unique things that made up my child became alarmingly important. I wished that I had dressed him in bright neon, maybe even colored his hair a fluorescent purple. It would have made identification easier when trying to give a description to the store associates. Just look for the kid with the rainbow Mohawk. We did find him hiding in a clothes rack, but the experience taught me a valuable lesson. As parents we must be willing to embrace our child's uniqueness.

Perhaps we don't have to go to such extremes as coloring our kid's hair, but if you think there is a one-size-fits all to parenting, you're in for a rude awakening. Just when I thought I had figured out one child, another comes along totally different. Even when I think I have one child down, they grow older. Every child and every stage of life is unique. At most, you just have to embrace their uniqueness and learn to love them as they are.

Your child is a perfect little angel, just not in the way you think

My wife and I were invited to my father-in-law's work barbecue. It was an informal event at the local park with good food and fun. The cousins were there as well and we felt secure enough to let our 3 year old play in the nearby playground with the other kids. In our minds, he would never get in trouble unlike those other kids.

A few minutes had passed and a child ran to the pavilion where we were sitting to announce the horror, "there's a naked boy on the playground." Assured in the angelic character of our child, I leaned over to my wife and said, "I'd hate to be his parents." That's when the cousins ran in and informed us rather loudly that our son was naked on the playground. The look in my wife's eyes was such that I knew I would have to be the one to get him.

Sure enough, there was my son with butt cheeks in the sand and clothes scattered about him. I was speechless, unable to fathom what would possess him to do such a thing. Picking up his clothes, I quickly covered him up. "Why," was the only word I could get out in my flustered state. My boy looked up at me with innocent eyes and said, "I had sand in my underwear."

Another pitfall of parenting is the my-little-angel syndrome. Granted there is a little angel in there somewhere, but not in the way you think. Thinking your kid would never do anything wrong is parenting with blinders. Your kids are going to do all kinds of things wrong, but for the most part there is no malice involved. Expect them to make mistakes and to be little devils at times, but realize at the center is the heart of an angel that just needs a little forgiveness and a lot of love.

Honesty is always the best policy. OK, maybe not always

My second son was always very literal and brutally honest. He also had an over willingness to help. One day I was carrying an armful of groceries into the house. I knew my son was walking in front of me, however, I did not know that he had stooped down at the step to scrape up some ice with the dust pan.

Unaware, I bumped him in the rear, causing him to fall head first into the brick frame of the door, which gave him not only a good size bump but a Harry Potter scar on his forehead that he has to this day. We quickly bandaged him up, wiping away the tears.

My first reaction, however, was to blame the child for getting in the way. Obviously, he needs to realize that he can't stand in the way of someone carrying in groceries. But seeing his red puffy eyes, staring at me, all I could say was, "I'm sorry."

The next day at church his teacher noticed the cut on his forehead and asked him what had happened. The honest little soul that he was, he said, "My Dad hit me."

Luckily, the teacher did not call Child and Family Services. I learned that kids communicate everything honestly. Most of us could learn from that kind of honesty, especially as parents.

We will make mistakes as parents and we need to be honest with our children in letting them know that we make mistakes too. When we realize that parenting is a learning process just like growing up, there can be a space for both of us to learn from our mistakes. Then, we don't have to let our fear of not being perfect parents interfere with being loving parents.

Sean Fletcher is an educator and writer. He is also a devoted husband and father of five.
nextarticle 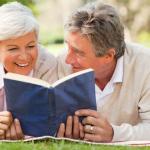