Liar, Liar, Pants on Fire: Dealing With Your Child Who Lies

Everybody Lies -- But That Doesn't Make It Right. We Want to Teach Our Children to Be Honest. Understanding Why Our Children Lie Can Be the Key to Helping Them Overcome It.

I've told my husband, with innocent wide eyes, that no, I didn't get his text message asking me to run an errand for him. And he, in turn, has told me, of course my jeans do not make me look fat.

From the most pious individual to the most unscrupulous cretin, we all lie. In fact, StatisticBrain.com says that 60 percent of people tell at least one lie in a 10 minute conversation. We lie to save face, to avoid confrontation, to get our way and sometimes just to be nice.

So, it's not surprising that our children lie. After all, they learned it from us.

Of course, that doesn't mean lying is acceptable. As parents, we want to teach our children to be honest. How can we do that, if lying seems to be inevitable?

The first thing to do is watch yourself. Notice those times when you're tempted to lie. Try to find the moral courage to be more honest yourself. If you do slip up and lie in front of your child, apologize to him. Let him know why you lied, and tell him that it is something that you are working on, too.

Next, understanding why your child lies can help you know how to deal with it. There are different types of lying.

The Tall Tale Teller has a vivid imagination and has a great gift for story-telling. He sometimes thinks the story would be just a little bit better if he made it sound real.

Of course, you don't want to quash his imagination. Be enthusiastic about his stories, and praise him for his great imagination and story-telling skills. Gently let him know that you are aware that there might be some exaggeration involved, and that is OK. Let him know that he has a great talent for telling "imagination stories," and encourage him to tell you more. He might be a little embarrassed to be caught, but don't let him feel shamed.

The Avoider hates confrontation - especially if it means she will probably get in trouble. Children will often tell lies to avoid punishment. Even though it's normal, we want our children to be able to take responsibility for their actions.

Take a look at your parenting methods. Do you rely heavily on corporal punishment or yelling to let your kids know you are upset? If your children truly fear you, then it will be difficult for them to overcome this kind of lying. However, if you focus more on consequence-based discipline, then you can teach your children that they are competent enough to handle the consequences of their behavior. Give your child one consequence for the original misbehavior, and a second consequence for lying.

You know this guy. Whenever someone tells a good story, the One-Upper has to tell a better one.

When my husband was a teenager, he had a friend who always had to one-up others in the group. One day, my husband told his other friends, "Watch. I'm going to tell a ridiculous story about fishing, and he's going to say 'Oh, yeah? That's nothing.'" Sure enough, my husband finished his story, and his friend said, right on cue, "Oh, yeah? That's nothing." He couldn't figure out why all the other kids were laughing at him.

Telling exaggerated stories to impress friends usually backfires. Not only is it dishonest, but it can make your child increasingly less popular.

To help your child overcome this kind of lying, build his confidence by focusing on the things he does well. Be sure to not compare him to others. Teach him to celebrate other people's accomplishments. Show him that it's OK if a friend is better than him at some things because he will be better than her in others.

The Faker is the master of the mysterious stomach ache and the sudden, forced cough. Her symptoms usually show up right before school or a big event that might be scary to her.

First, find out if there is a valid reason for your child's fears. Is she being bullied or picked on? You might want to meet with her teacher to discuss ways to stop the bullying and help your daughter to stick up for herself. You can ask the teacher to enlist another student to help her.

If your child is not in real danger, teach her to overcome her fears. Give her opportunities to build confidence and independence at home. Focus on the positives of the event she fears. Remind her of her previous successes when overcoming fears, and how proud she felt when she achieved those successes. Let her know that you believe in her and will be there for her.

Also take a look at yourself and your own feelings. If you are worried about your child, you may be unconsciously conveying that anxiety to her. Your child is stronger and more resilient than you think. Be willing to let go.

The Pleaser likes to make people happy and does not want to disappoint you in any way.

When parenting your pleaser, avoid labeling him "good" or "bad" based on his behavior. Allow your child to make mistakes. Tell him that everyone makes mistakes, and that's an important way to learn. Let him know that you will always love him unconditionally, and help him learn from his mistakes.

So, maybe we do all lie. But I like to think we're all working on it. Understanding your child and his reasons for lying will help you work on it together. 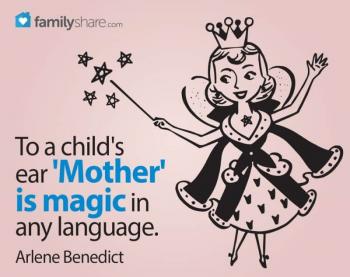