Little girl partially paralyzed overnight, rushed to the hospital for a reason every parent needs to know

Share This Article to Spread Awareness of This Terrifying Diagnosis.

Amanda and Lantz Lewis were putting their sweet 3-year-old to bed when they started to notice something was a little off. In a Facebook post, Amanda explains, "[Evelyn] didn't want to stand up after her bath to get into pajamas ... She was a little fussy last night and I ended up sleeping in bed with her."

Evelyn's parents weren't too concerned until the next morning, when she couldn't even stand up or use her arms. They immediately took a video of her symptoms to send to family and see if anyone could help their daughter, but quickly realized this was beyond anything their family could help with.

A small child was partially paralyzed, and her parents didn't know why.

They rushed Evelyn to the hospital, and according to CNN, "the doctor told the couple he had seen fewer than a dozen children Evelyn's age with similar symptoms over the past 15 years and suggested the cause might be a tick."

Sure enough, the doctor found the tick in the back of Evelyn's head, hidden under her hair. He quickly removed the tick, and she was on her way to recovery.

Be aware of tick season

It's important to be aware of this health scare for the sake of your own children. According to Inside Edition, experts are saying that this tick season (which runs from spring to fall) will be the worst in years because of higher temperatures.

What to do if your child has a tick

"Doctors recommend that parents run their fingers through their kids' hair to feel for a bump, that could actually be a tick" according to Inside Edition. To remove it, grab its head with tweezers and gently pull it out instead of using Vaseline, a match or other methods. When it doubt, bring your child to the hospital for removal.

Amanda posted an update on her original Facebook post, saying, "Evelyn is doing much better. It took her until the next morning to start acting like herself again. She is now pretty much completely back to her feisty little self." 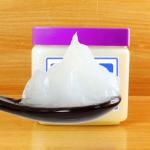