Mean Girls Don't Just Pop Out From Nowhere. It's a Learned Behavior That Must Be Guarded Against and Dealt With in Others.

There seems to be an abundance of mean girls lately. They're even making movies about them. We see them abounding in sitcoms and definitely in less than admirable cartoons. Maybe we need to ask ourselves what makes a girl mean? Where do they all come from? Are they just born that way? Not likely. These kinds of behavior are learned and mimicked. Even a nice girl with the wrong kind of example can pick up these undesirable mean traits.

Let's talk about some of these traits. If you are aware of what a mean girl does you can be better equipped to protect your own daughters from being hurt by one, or worse yet, becoming one.

Mean girls are selective on whom they dish out their meanness. They can be as sweet as honey to a chosen group of like-minded friends. Then, like a swarm of bees, sting the innocent with cutting, hurtful remarks. Plain and simple, mean girls are bullies.

Mean girls are all about "me." Whatever works to their advantage they do. They are good at pouring their kindness syrup on those they are trying to use, like other students who may vote for them for a certain position. Or a teacher whose good graces they need to get a good grade, but then belittle the teacher behind her back. You might say they have chameleon attributes - the ability to change into whatever is needed for their advantage.

Mean girls stick with other mean girls. After all, misery loves company. They feed on each other's meanness. They laugh about and even praise their meanness. They live in a sad world of belittling others to boost their own ego. Appearing to be happy and popular, they make poor choices that will eventually come crashing down on them.

How you can protect your daughters

Teach them to care about others. Mothers need to start early. Your daughters need to see you being an example of compassionate, caring womanhood. Young girls are crying for good examples. Examine your own life and see if you exhibit mean attributes. Do you criticize and belittle others? Do you laugh at the mistakes of others? Is there anything in your behavior that shows you being mean to other women? If there is, your daughter will pick up on it and mimic it with her own peers, even at a very young age. The opposite is true if she sees you being sensitive to the needs of others she will likely adopt this same attribute.

Put yourself in the shoes of the one being mistreated. Ask your daughter how she would feel if someone treated her that way. Help her see how hurtful meanness can be. Treat others the way you would like to be treated, no matter who that other person is.

Talk about appropriate postings on Facebook and other social media sites. In a blog post, Lyndsi Frandsen said, "Social media has created an atmosphere where people feel entitled to peek in on every aspect of your life. People feel entitled to say whatever they want. I cannot tell you how many times I have observed mothers, via social media, being downright nasty to one another about anything and everything. It is shocking and sad. But if it starts with us, it has to end with us. It's our responsibility, as mothers, to do everything in our power to make sure we aren't (even unknowingly) raising mean girls."

Teach them the meaning of integrity. It's important to be who you are wherever you are. People with integrity don't change with the wind to show off or win someone's approval. Being someone who would never knowingly hurt another person is part of having integrity. Seek friends who have integrity and be a person of integrity at all times. Build people up instead of tearing them down. Those are the friendships that will last and will be the friends you can count on.

Listen to your daughter. This means two things. (1) Listen to the way she talks with her friends; be aware of her behavior toward other girls. Praise her if she's sticking up for someone being mistreated, or help her gain a better perspective if she's joining in the mean behavior. (2) Listen to her when she tells you about a situation when she was hurt by the comments of others. Your daughters need a safe haven in the arms of a mother who will listen without immediately telling them what to do. At some point in the pouring-out conversation you can ask her "What do you think you can do?" Give her a chance to solve her own problem before you come swooping in with all the answers. Show her you have confidence in her ability. Discuss, not tell, some things she might do that may help the situation.

Enlist the help of other resources. Do a little searching to find help in teaching your daughters to be kind, decent people. Talk about it with other mothers and get them onboard. Use Internet resources. An interesting video on YouTube shows teenage girls talking about how to stand up to mean girls. It gives a few tips that may help your daughters.

With awareness, consistent effort, and being a good example you can help your daughters become the kind of girls, and eventually the kind of women, you hope they will be. This world needs a new focus on decency and kindness. Let it start with you and your daughters. 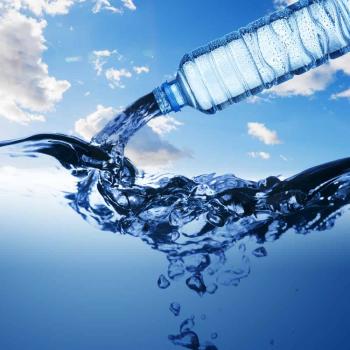 6 Things We Can Do to Nourish Our…