Mom accidentally kills her newborn while she’s still in the hospital; now she warns other moms about these dangerous circumstances

Share This Story so the Tragedy Doesn't Happen to Anyone Else.

Graham and Monica Thompson had just welcomed their miracle baby, Jacob, to the world when a tragedy struck the new family of three. To add more to the tragedy, young Jacob's death could have been prevented.

Co-sleeping has been a hot topic over the past few years. Some moms think it's great for their babies, while others think it's incredibly dangerous. While there are lots of stories that include co-sleeping and happy healthy children, this story proves that co-sleeping, especially under certain circumstances, can actually be dangerous and tragic.

During the summer of 2012, Monica gave birth to her sweet baby boy, Jacob. According to People, the couple struggled with fertility issues for 12 years until they finally conceived Jacob - their little miracle baby. According to Washington Post, Monica had a Caesarean section and was given multiple painkillers and sleeping medications after the birth.

When her son was just four days old, one of the nurses brought Jacob into Monica's bed in the middle of the night so she could breastfeed him. However, she was heavily medicated at the time, and didn't realize what was going on until an hour later when it was too late. According to reports, she was still a little "drowsy and groggy," but she immediately knew something was wrong when her baby wasn't moving.

She tried to touch his eyes, talk to him and get him to respond, but nothing worked.

The frantic mom cried for help, but had to walk into the hallway before she found someone who could help her baby. The doctors were able to transfer the newborn to a NICU in a different hospital, but after six days on life support, sweet Jacob unfortunately passed away.

They're suing the hospital

The heartbroken parents are now suing the hospital for $8.6 million, under the claim that Jacob suffocated while she was under the influence of narcotic and sleep aids. "His inability to breath [sic] caused desperation and anxiety. His breathing eventually stopped. His pulse was weak or absent", People published.

The traumatic experience will never end for this couple, and it caused severe emotional distress - especially for Monica.

The spokeswoman for Portland Adventist Medical Center said that it was a "tragic situation" and that their "thoughts and prayers continue to be with the family."

According to Washington Post, "About 3,500 babies die each year in the United States because of 'unsafe sleep environments,' such as suffocation or strangulation ... Experts say babies who share a bed with their parents are at risk because parents can roll on top of them, or the babies can get trapped in blankets and bedsheets."

According to the American Academy of Pediatrics, sharing a room (rooming-in) and skin-to-skin contact (SCC) can promote better breastfeeding practices and bonding with the child. But it's so important to be careful during this bonding time, especially when it comes to sleep.

Know the risks and make an educated decision

Whether or not you decide to co-sleep, know the risks and make sure you make the best decision for you and your baby. While Monica and her husband now have a baby girl, they still grieve the loss of their firstborn.

"I am sharing our story in hopes that no mother will ever have to suffer through a tragedy such as this ... I am Jacob's voice in making sure his life won't be in vain." the mother said. 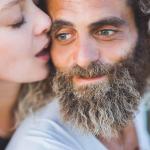 5 Ways to Give Your Husband Love