Mom knew she brought the wrong baby home from the hospital; 43 years later she finally reveals it to her daughter

She Knows She Brought Home the Wrong Baby, But Remains Silent and Watches From Afar For 43 Years.

When she was 43-years-old, Martha Miller received a letter from her mother - admitting she wasn't actually her mother.

The letter was also sent to a woman Martha vaguely knew named Sue McDonald, and these two women had one very strange thing in common: they were switched at birth.

The letter, which the two switched daughters read in a "This American Life" podcast, said:

Although there had been signs through the years that something was off, both Sue and Martha were shocked.

But the craziest part is that Mary Miller, the mother who wrote the letter, knew about the switch up the entire time.

Why didn't she do anything about it?

Mary figured out she had the wrong baby when Martha sneezed five times in row. As the mother of seven children, this was something Mary had never seen in one of her babies before. It raised suspicions, which were confirmed when she weighed the baby and she was two and ½ pounds lighter than when she was born.

In her letter, Mary explained that when she told her husband, he said to ignore it. They didn't want to humiliate their doctor.

For 43 years, she longed for her biological daughter while raising Martha as her own

Although they weren't close, the Millers knew the McDonalds. Mary sent a Christmas card after the girls were born and told Kay McDonald (Sue's mom) she wanted to keep in touch, because she thought the girls were like sisters.

And although Kay thought this (and the whole Miller family) was strange, she started sending them a Christmas letter each year as well. So Mary watched her birth daughter grow up from a distance.

But as the girls grew, it turned out that the switch up was difficult to cover.

The Millers had all dark-haired children. Norbert Miller (the husband who told his wife to keep the baby) was a reverend, and the whole family was smart and serious.

The McDonalds all had light hair and were the popular type: laid back, outgoing and light-hearted.

Perhaps Reverend Miller thought Martha would adapt to fit into the family if they kept her, but by Mary Miller's description in the letter, it's obvious she didn't. Mary wrote:

"As Martha grew, she did not look nor act like any other children. She was a delight to all of us, so pretty, so photogenic, so full of life. Our other children were very serious. Martha excelled in music, was a great cheerleader at school, very popular, and a blonde. Our other children had dark hair and all needed glasses for nearsightedness. Martha did not need glasses."

On the other hand, Sue McDonald - the biological Miller - was much more serious than the rest of the family. She had a deep sense of spirituality and was never popular. As much as she tried to be like the rest of the McDonald's, she wasn't.

Although raised in different homes, each woman ended up being so similar to her biological family - fascinating story to add to the nature vs. nurture debate.

Kay McDonald did not have the benefit of knowing her daughter was not really her daughter for her whole life, so when DNA tests confirmed Mary was telling the truth, Kay had a long period of mourning.

She felt she was losing Sue when Sue spent time with her 'new' family to get to know them, and Martha, unsure of what to do didn't call often.

Finally, after 8 years of sorting her feelings out, Kay McDonald could forgive the Millers.

"I only had one daughter and she had five daughters," Kay told This American Life. "In fact, we weren't even sure we'd have another child. So of course, we were elated when I did get pregnant. And then to think that I didn't get to raise the one that I had wanted so much ... I've forgiven them, but that doesn't mean that I've forgotten."

Martha and Sue aren't exactly friends now, but they are, in a sense, family, and so they attend family gatherings - for both the McDonalds and the Millers.

How often does this happen?

Although this story happened in 1951, babies are still switched at birth. In 1998, an article in The Baltimore Sun reported 28,000 out of 4 million babies are switched at birth (some temporarily and some permanently). This is a difficult number to track down, but even in 2016, Karin Tanabe wrote an article for the Washington Post about her chilling experience of having her baby sent to the wrong mother for a few hours.

Listen to the whole incredible interview on This American Life. 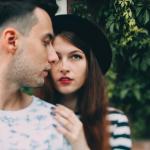 10 Things Women Should Never Tolerate in a…