Mom notices her daughter holding her arm strange; when she investigates further she rushes her to the hospital

Know the signs of this scary health condition.

I have five children, so you can imagine that our lives are pretty crazy. Of those five kids, I was blessed with only one girl, Maddie. So when she started bending her arm at the elbow and holding her hands limp by her shoulders, I thought she was just trying to mimic the princesses from movies or the Queen at tea time.

Maddie unfortunately had glasses by the first grade. But so did her father, so it was most certainly hereditary. And she was clumsy. The poor thing tripped all the time and wasn't super coordinated in sports. But she tried. She played with a smile on her face, glasses, tripping, princess arm, and all.

Looking back, there are things I wish I had caught earlier. Her vision was declining. She got glasses every year and complained continually that she still had trouble reading the board. I started to ask her not to hold her princess arm by her side yet she did it again and again. And the coordination ... well, not everybody is coordinated so that one would have been hard to connect to the others.

At some point I started to discourage her princess arm and she would straighten it out. At the time I was worried about it becoming a habit, not that something was actually wrong. When she told me that it was more comfortable that way I found that to be an odd answer, but nothing I considered rushing her off to the doctors for. I googled the behavior and, coming up with nothing, I let it go.

Shortly after, while we were making guacamole in the kitchen, I tossed Maddie an avocado. It hit her chest and fell to the ground. Again, she's not terribly coordinated, but I had assumed she could catch a simple lob. I asked her why she dropped it and her answer was, "My hand isn't working very well."

Alarm bells sounded inside me. I had her open and close her hand; it took a bit of effort. She opened the other hand perfectly fine. That was the first time I noticed that the princess arm was always on the same side. Up until now, I had assumed that it went back and forth between arms depending on her whim. But when asked, she said that it was always the same arm and she just thought it was growing pains.

We rushed her to the children's hospital where we got the crushing diagnosis that my nine-year-old daughter had a large brain tumor. We were lucky that it was operable and two neurosurgeries later, she is doing great. 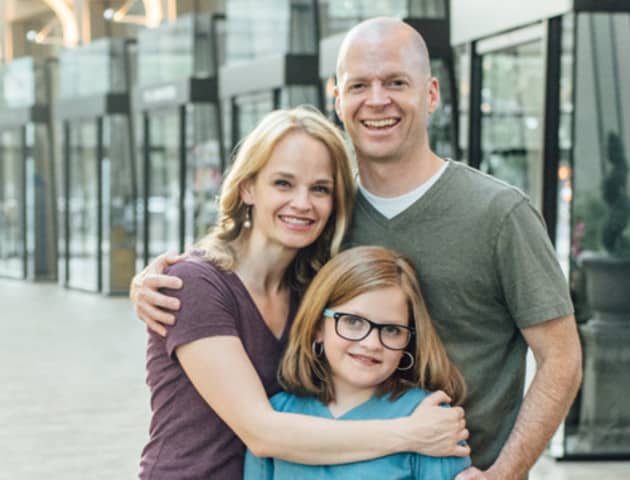 But for any parent wondering what to look out for, here are just a few things to keep in mind. Of course, some tumors are found on people with no symptoms at all, and it's possible to have many of these symptoms with no tumor. But here are six signs you should watch for:

The ones that we noticed on my Maddie were clumsiness and balance issues. She had vision problems that worsened in short periods of time. She had problems with both her arm and her leg feeling weak, losing sensation, cramping and losing coordination. All on her left side. My first worry was a stroke, but I was wrong.

We were lucky that these were not part of Maddie's problems but they are for many that have brain tumors. If your child is having seizures, it is important to get medical care sooner than later. There are many reasons for seizures but hopefully an MRI or CT will help you find some answers.

We all know that tingly sensation or lack of sensation that tells us that something is wrong with our nervous system. When a tumor disturbs that system you can experience these symptoms anywhere on the body.

If the tumor puts pressure on the parts of the brain that control these functions, it could disturb their ability to operate.

Cognitive concerns that seem inexplicable should be looked at by a professional. While we all go through bouts where we wish we could focus or remember better than we do, these instances will become more frequent.

Nausea and vomiting can be related to so many concerns that these might be hard symptoms to tie to a brain tumor. Know that these are pretty common symptoms and should be taken seriously, especially when paired with other symptoms.

Headaches would seem like a very common symptom of a brain tumor, but they may or may not be present. Intercranial pressure can cause headaches as well as head swelling in infants.

Contact your child's pediatrician if you witness any concerning changes and schedule an appointment if symptoms persist.

Shelly Brown is a substitute teacher in Northern Utah and author of "Mustaches for Maddie", now available on Amazon. Learn more at www.mustachesformaddie.com. Connect with Shelly on Facebook, Twitter, Instagram, and Goodreads.
nextarticle 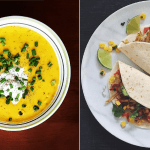 7 Easy Meals That Are Under 200 Calories