Mom takes her newborn to the doctor; the next day her five children were pulled from her home

"The trauma is something I don't think we will ever heal from."

Rebecca Wanosik had a sweet little newborn and four other kids at home when her youngest started experiencing unexplanable pain. Baby Zeydn was only a few weeks old when her mom felt her ribs popping and cracking; the doctor said it was "normal infant behavior." However, at nine weeks old, Zeydn stopped using her right arm, and her mom couldn't figure out why.

The doctor's appointment turned into a nightmare

Like any good momma would do, Wanosik took her baby back to the doctor to find some answers. But the minute the doctor saw what was wrong, he immediately called Child Protective Services (CPS) to report child abuse; Zeydn's right arm and three of her ribs were fractured - what could be another explanation?

The next day, all Wanosik's kids were taken from her and put into protective custody, according to Babble.

But even in foster care, the damage continued. When Zedyn broke another bone, CPS still blamed her parents for finding a way to hurt her.

Her children were taken away

Wanosik was wrongfully accused of abuse though she had never hurt her children. You can imagine the fear, heartbreak and anger she must have felt when her children were taken from her care.

After nine long months the Wanosik family was finally reunited, but only because the true cause of Zedyn's broken bones was finally uncovered.

The cause of the broken bones

Why were Zedyn's bones breaking so easily? While their children were in foster care, Wanosik and her husband spent a lot of time researching what could be wrong with their daughter. After hours of research and pleading the courts to finally let their daughter be tested, Zedyn tested positive for a rare condition that could explain the broken bones.

The tests found that she had a rare genetic condition that increases the fragility of bones due to severe Vitamin D deficiency. It's called Ehlers-Danlos syndrome Type 3, and it causes bones to break, even from tiny movements.

When 5Z plummets out of her chair she gets all the snuggles. We've had a rough morning around here.

After the court dropped the child abuse case, the family was finally reunited. However, they're still trying to repair the damage done from being ripped apart. Wanosik said, "We have spent every single day of the last two years trying to make up for lost time with all five of our children that were harmed by a system that is supposed to protect [them]."

These poor children were taken from their parents for the wrong reasons and the emotional trauma will most likely leave long-lasting scars.

According to Dearly, the mother said, "The trauma is something I don't think we will ever heal from. We all jump when there is an unexpected knock on the door, or if the doorbell rings. Our children are scared to go to the doctor."

When one of her children was sick and needed to visit a doctor, her other daughter said, "Please don't take her to the doctor, I don't want to live anywhere else ever again."

Since their daughter's diagnosis, Wanosik and her husband has been raising awareness of the genetic condition and making sure everyone knows how important Vitamin D really is. Now, she's part of an organization called Fractured Families, which raises awareness for babies with unexplained broken bones.

There are five other similar stories on the website, and they're all just as heartbreaking as Wanosik's.

Additionally, Wasonik is trying to educate people on CPS laws and provide hope for families going through the same struggle. Share this story to raise awareness of wrongly accused child abuse and help others like this family stay together. 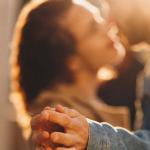 If You Have These 7 Things in Common,…