The Worst Nightmare For a Single Parent is Losing Custody of His or Her Child, Especially Over a Mistake Like This.

As parents, we always feel like we are under a magnifying glass, which not only sees our mistakes (even the unintentional ones) but also magnifies them.

This mom's nightmare started by doing something many parents do

This mother of Cambridgeshire, whose identity remains private, lost her two children for "continually ignoring advice," according to Shared.

The mother shared a bed with her kids

Social workers found bruises on the children and advised her to stop sharing a bed with her children but she didn't listen.

The judge believed the bruises were unintentional

Apparently the mother was using excessive force when sleeping in the same bed and her youngest son, only months old, suffered a fracture in his wrist.

She blamed the older brother for the bruises and fractures, but the judge didn't believe her claims.

However, the judge still believed she was a good mother who loved her children and believed the "abuse" only came from sleeping in the same bed.

They used the mother's personality as evidence. People claimed she believed she knew more than everyone else and didn't accept advice or warnings from others.

This is a nightmare for any parent, but they finally made the decision after countless warnings and the mother still refusing to comply.

What is considered abuse?

According to the Children's Bureau, such charges can be prosecuted both civilly and criminally.

Abuse is abuse whether it is physical or emotional. Sexual abuse, exploitation of minors and a parent's illegal substance abuse is also considered abuse toward a child.

Neglect is when the caregivers don't give their children basic needs such as food, a safe place to live and healthcare. Threats can also be considered a form of negligence.

Parents must take these precautions

According to PBS Parents, there are several rules parents can follow to discipline the right way: 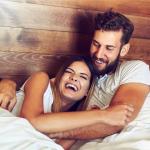