My Evolution as a Mother

Accepting My Role as a Mother Wasn't Something That Just Happened. It Took Quite a Bit of Time.

Editor's note: This article was originally published on Christine Trevino's blog. It has been republished here with permission.

Becoming a mother changed everything for me

Sitting at the kitchen table, staring out over the snow covered deck beyond our sliding glass door, I looked at my new baby sleeping peacefully in the bouncer and began to cry.

My mom looked up from the meal she had been preparing for us, knife in mid-air and softly gasped, "Christine, what's wrong?"

"I can't go back to work," I whispered with tears now streaming down my face.

I should have seen it coming, you know. I'm a planner. An organizer. My entire job revolved around righting wrongs and knowing the whereabouts of every moving piece for every project. Always.

But when it came to childcare, my plan was to work from home while caring for my newborn son and make it into the office on my husband's day off. Oh, and the neighbors were going to help when we couldn't make it work.

Except I hadn't asked them yet.

My husband joined us in the kitchen and pulled me tenderly to his chest. "We'll make it babe. I never thought you were going back to work."

So that was that. I ran out my sick days and finished my maternity leave early to train my replacement. We believed so strongly as a couple that this was our calling, we put our house on the market and my husband looked for a new job in Chicago.

Becoming a stay-at-home mother changed everything for me

Gone were the methodical lists, and checkable action items. Was I nursing enough, reading enough, playing enough? Was I enough? Would he love me? Would I fail?

The questions in my mind were loud and drowning. Mike was at work. My friends were at work. My family, at work.

And I was home alone with a baby.

It was easy for resentment to set in. Even though in the end, it was my choice. I remembered the dreams I had once and wondered if I'd ever chase them again. I lost myself somewhere in those years of nursing bras and baby food and second pregnancies, wondering if there would ever be more.

I wish I could tell you it was easy. That one morning it all made sense and I stopped feeling that tension between Christine-the-Woman, and Christine-the-Mother. It took a few years of discovering how to express myself again not just as one or the other, but as a mix between the two.

I had to get rid of some pretty ridiculous expectations - you know the ones the pre-baby me had placed there. I had to let go of some dreams and catch hold of new ones, and I had to rediscover why I'd chosen to stay home in the first place.

Because in the end, they're only mine for a little while.

The thought that plagued me most during my early days of mothering was that everyone else got to do something different with their day, because somewhere along the line I bought into the lie that what I was doing was somehow less of a dream or less of a calling.

I knew I'd turned an important corner when I watched my boys playing hot wheels in the basement and marveled at the blessing I'd been afforded to be able to do this. To be with them all day and watch them discover their world. To be the first to know what the snack was at preschool, or what crazy thing Peg said to Cat on TV. To be the one they run to when they're hurting, and the one they giggle with when they're feeling silly. To be the one who watches them grow as brothers and as friends.

I get to enjoy them in the hiddenness of their childhood like no one else. And as I've grown into and embraced the decision I made on a snowy day in January to become a stay-at-home mother, I've realized just what an incredible decision it was.

Christine is a wife, homeschool mom, and freelance writer. Her blog celebrates family and motherhood, her faith journey, and her love of all things creative. In her spare time you'll most likely find her at the sewing machine, dreaming up scripts, or enjoying lattes at her neighborhood Starbucks. She lives in the Chicagoland area with her husband and two boys.
nextarticle 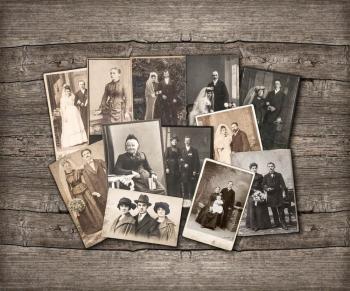