My sons are not animals, stop trying to tame them

Christine Walker, Mom of Sons, is Frustrated by False Messages That Boys Have Uncontrollable, Animalistic Urges That Need Taming.

They say it takes a village to raise a child. Unfortunately, my village is failing me. Some of you aren't going to like this, but I'm saying it anyway because I can't fight this fight alone. My village tells my sons every day that they are: violent, predatory and untrustworthy. And frankly, I'm tired of it, because it's not true.

Look around at some of the popular campaigns for guys: The Man Up Campaign, The Real Man Campaign, A Call to Men, and more. All of them are designed to end violence against women, which is something we all want, but the unspoken messages behind these campaigns is this: men are monsters who can't control themselves without a pledge signed in blood. When in reality, men who treat women this way are the exception, not the rule.

Almost every message boys hear publicly about themselves falls somewhere between dangerous and not good enough. My sons don't want to go anywhere with me anymore because, at least one person, and usually more than one, will look at them, raise their eyebrows and say, "Oh my, bless you," as if my sons are a curse.

And perhaps you've seen the response, reprinted on this site: Please Don't Threaten My Son for Dating Your Daughter. Everyone I know who posted responses to the second article on Facebook got nasty replies, myself included. Dads in particular, seem to think it's okay to threaten a boy simply because he's male. Here's one of my (not) favorite comments, "Any boy is thought to be a wolf unless shown otherwise." Boys in my village are apparently guilty until proven innocent. Has anyone considered that maybe the way we treat our boys is becoming a self-fulfilling prophecy?

You may be thinking that if I was a man, I would understand. I'm a woman so I don't really know what goes on inside men's heads and if I did, I would be shocked. I should step back and let fathers shame and threaten my sons because they happen to share the same genitalia and obviously understand my sons better than I do, right?

Wrong. You fathers who feel this way forget, that I was once your target. And you're right, I couldn't read every thought that crossed your mind, but I knew when you were undressing me with your eyes. Don't think I didn't. I could tell when your thoughts and motives were predatory even if I didn't know exactly what they were, which is why I stayed away from you. Despite the supposedly uncontrollable sexual urges of other guys my age, almost all of them managed to treat me with dignity and respect. A few of them got closer than my father liked, because I let them. And yes, there were one or two who pushed my boundaries, but they quickly found that I had an exit strategy in place and could take care of myself.

Teach your daughters to trust their instincts. Teach them it's OK to be mean if someone makes them feel uncomfortable. Teach them how to evaluate their circumstances, and to keep themselves in situations where they feel safe. But stop treating your daughters like victims. And for heaven's sake, stop treating my sons like criminals. There's a good chance all of our children are going to live up to expectations.

No, I don't know every thought that goes through my sons' heads, but just like I knew your hearts, I know theirs. My sons want to love and be loved, just like your daughters. They want to be superheroes, not super villains. So rather than treating my sons like they are inherently evil, why don't you nurture the good in them the same way you nurture the good in your girls?

I can't do this alone. If you continue to shame my sons (and all boys) until they feel safer seeking intimacy online, then the innate desire they have to protect could easily morph into a desire to dominate, because that's what the digital world is going to teach them girls want. So stop. You're making it harder for me to raise good men.

This article was originally published on The Good Men Project. It has been republished here with permission. 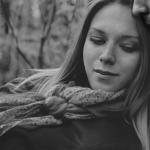 5 Things to Do When You Don't Love…