May God Bless Those That Serve Their Country and Their Families.

The sweet moment of a dad holding his baby for the first time is undeniably tender. Unfortunately, those serving in the Armed Forces often miss large chunks of their children's lives during deployment...but those sweet reunions help make up for it.

Brandon Caldwell, who serves in the Air Force, experienced a heartwarming reunion with his nine-month-old son, Reagan.

Reagan was born with health complications and shortly after birth, contracted viruses that furthered the complications. In and out of hospitals, Reagan had severely limited sight. Reagan received his first pair of glasses shortly after his dad had been deployed to Antarctica for two months with the Air Force.

Once Brandon returned, the father-son reunion had both mother and father in tears. Glasses-clad Reagan could finally, fully see his daddy for the first time. The baby bounced, giggled and snuggled close to his daddy. 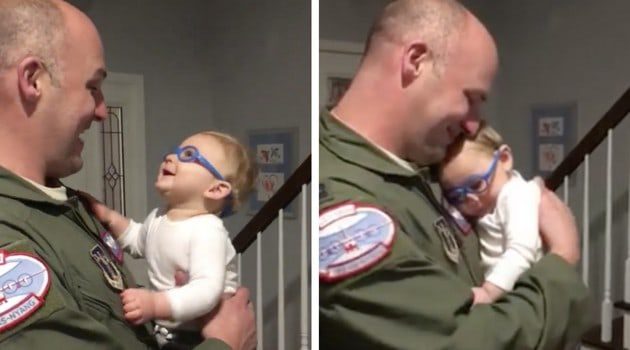 Amanda Caldwell, Reagan's mother, captured the emotional reunion on video at their home in upstate New York and later posted on Facebook about their tear-jerking experience.

"This was the first time he got to see his daddy through glasses after a two month deployment," Amanda said. "It's obvious in this video he loves his daddy. I have watched this over and over again. My heart is literally melting."

Reagan's parents have used their darling baby boy's story to try and educate mothers about Group B Strep by starting a Facebook page. GBS is a type of bacteria that is the most common cause of severe infections in newborns and caused Reagan much trauma as a baby; GBS can be deadly. Amanda's posts encourage mothers to learn more to prevent the infection in their babies.

Posted by GBS/Strep B Streptococcus: Reagan's Journey on Monday, March 13, 2017

Watch this video of sweet baby Reagan seeing his dad! 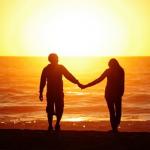 5 Ideas to Celebrate Your Wedding Anniversary