New app claims it can translate babies’ cries for parents

Taiwanese Researchers Developed a New App With the Aim of Letting Parents of Young Children Know What Their Cries Mean. Here's What's Behind It.

Taiwanese researchers are indicating that with their new development, parents' abilities to decipher the cries of newborns just got a bit better.

That's because there's now an app for doing so called the Infant Cries Translator.

And Reuters reported one of the researchers, Chang Chuan-yu, broke down how the app aids parents and its accuracy.

"The Infant Cries Translator can differentiate four different statuses of sounds of baby crying, including hunger, the diaper getting wet, sleepy and pain," Reuters quoted Chuan-yu as saying. "So far, according to feedback from users, the accuracy of the app we've tested can reach 92 percent for babies under 2 weeks old."

The translator's accuracy sits at about 85 percent for babies around 1 or 2 months old and at 77 percent for a 4-month-old child, Reuters noted.

So how did the developers craft an app that sounds like a parent's best tool?

"It works by asking the user to upload a recording of their baby's cry, which the app then analyzes using its algorithm," according to the report. "A mere 10 seconds later, one of the four options listed above is presented."

From there, parents know whether the baby is hungry, sleepy, in pain or needs a diaper change based on feedback through the app's interface.

Digital Trends reported the app is only available in Chinese currently but that its "simple animated UI can be easily interpreted by non-Chinese speakers."

Stacy Liberatore wrote for Daily Mail of the app's other benefit: Parents can use personalized settings for their kids based on feedback. That feature helps parents assess their babies' crying themselves after using it for awhile, the Mail indicated.

Still, skeptics fear the Infant Cries Translator is an intrusion on the parent-child bond and impedes communication, Elissa Strauss wrote for Slate.

Douglas M. Teti, professor at Pennsylvania State University, told Slate he doesn't see that as an issue, however.

"Most parents figure this out by trial and error," Slate quoted Teti as saying. "If this app helps speed that along, then that is a good thing. What's the difference between getting advice from the app than from an in-law? I wouldn't worry about parents becoming dependent on it."

Slate did report Teti's hesitancy to recommend the app to parents until seeing more research on its accuracy. 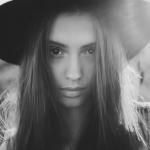