Have You Ever Wondered What Happens to Your Baby's Brain if He or She Gets the Zika Virus? a New Study May Have the Answer For You.

You now have an opportunity to see how the Zika virus actually can affect your newborn's brain.

Two new studies published this week found that the virus targets brain cells over other cells, which can lead to some damaging effects, according to NBC News. The Zika virus - a disease that can be transferred from mosquitos to humans and cause neurological issues - may also hurt nerve cells, causing nerve damage that is very similar to what's done by multiple sclerosis.

In one study, researcher Patricia Garcez of the Federal University of Rio de Janeiro in Brazil worked with colleagues to fuse human stems cells with immature brain cells. The Zika virus killed these cells. In another experiment, they found that the virus can slow growth and development of cells by 40 percent, NBC News reported.

They also found that Zika's close cousin, the dengue virus, infected nerve and brain cells, but didn't kill them.

"This helps explain why Zika's effects were so unexpected," according to NBC News. "Viruses such as rubella and those in the herpes family are well known to cause birth defects and sometimes severe neurological effects in adults and children. But not so-called flaviviruses such as Zika and its cousin dengue."

The researchers included images of the virus' impact in their report. As seen below, picture A shows a normal brain cell's neurosphere. Picture B is infected with Zika, which changes its shape. In picture C, you can see all of the neurospheres that were active before Zika, where as picture D shows all of the dead ones after Zika, according to The Washington Post. The last image shows just how many neurospheres were killed. 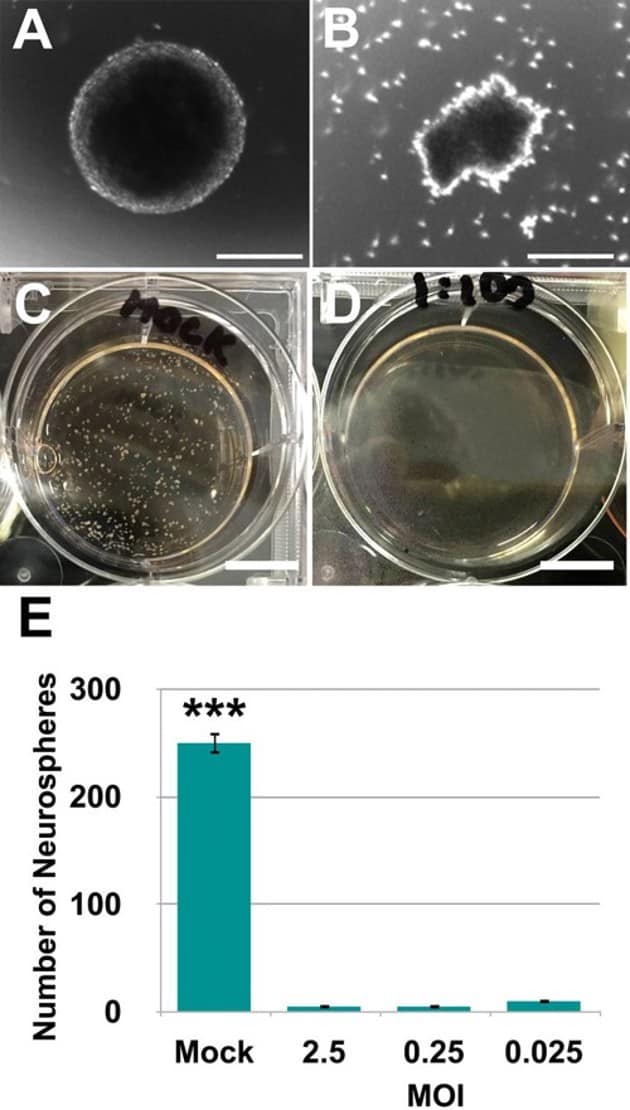 Another study released this week also found the Zika virus can cause issues among adults. According to The Guardian, the study said adults who have the Zika virus were likely to have neurological symptoms, and even may suffer attacks from a swelled brain.

The study's researchers followed patients who had symptoms of the virus from December 2014 to June 2015. They found that those who got Zika all had "a fever, then a rash, and some suffered red eyes, itching and aching muscles and joints," The Guardian reported. Others said they had difficult with motor function skills.

This doesn't mean adults should run out and panic, though. Researcher Brito Ferreira said the study only included 151 cases of the virus.

"This doesn't mean that all people infected with Zika will experience these brain problems," Ferreira said, according to The Guardian. "Of those who have nervous system problems, most do not have brain symptoms. However, our study may shed light on possible lingering effects the virus may be associated with in the brain."

Still, the Zika virus has caused suffering around the world for the better part of a year. The disease, which was first discovered in Uganda in 1947, will likely infect up to 4 million people, and could have "explosive pandemic potential," according to the World Health Organization. Athletes, politicians and religious figures have all weighed in on the virus, too, showing it's a worldwide issue.

The virus is fairly uncommon in places like Canada and Chile, mostly because the mosquitos that carry it don't live in those colder climates. It has briefly made some appearances in the United States but has been a fairly common disease in South America, especially Brazil.

It's also been a very big issue for pregnant parents. If a mother contracts the disease, she will then likely transfer it to her baby, who is still in the womb, according to BBC. Researchers have said that affected fetuses can develop microcephaly, a medical issue that leads to babies being born with below-average head size and some neurological disorders, BBC reported.

The virus has also been linked to cause brain and eye defects, which is why many have started calling any issues caused by a virus "Zika virus congenital syndrome," according to NBC News. This can happen at any stage of pregnancy.

"Despite mild clinical symptoms, Zika virus infection during pregnancy appears to be associated with grave outcomes, including fetal death, placental insufficiency, fetal growth restriction and central nervous system injury," researchers wrote in a report published in the New England Journal of Medicine, according to NBC.

This can be especially worrying for parents and adults alike since there are no cures to the virus, according to the Centers for Disease Control and Prevention. But there are preventative measures that parents can take to make sure they don't contract the disease, like wearing long sleeve shirts and pants or staying in places where there is air conditioning, according to the CDC.

For helping children or babies avoid the virus, insect repellent can also help, but shouldn't be used on babies who are younger than 2 years old, the CDC reported. Parents will also want to dress their children in longer clothing, and keep any strollers, cribs or car seats covered. 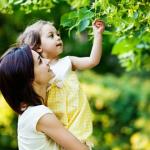 10 Truths You Should Teach to Make Your…