The grandchild in the number one spot lives across the street and visits her grandmother often.

Dan LaMorte, recently shared a viral video to TikTok where it shows how his grandmother ranks her ten grandkids based on their latest actions and activities. In the video, he shows his grandmother his new tattoos where she moves him from the number four spot to number ten in the rankings. The New York City comedian captioned the video saying, "My ranking on my grandma’s leaderboard after showing her my new tattoos 👵🏻❤️‍🩹😩."

Mary LaMorte, who they call Nanny, keeps the magnetic board hanging on her wall with photos of each of her ten grandchildren's faces where they can be moved based on her ranking for the day. In an interview with Fox News Digital, LaMorte laughed about how the ranking board was gifted as a joke back in 2015. "My grandson, Christopher, and his girlfriend … they made it, and they brought it over to us," Nanny LaMorte said. "They had all the cousins’ names and pictures, and so we hung it up in our house," she continued. Dan LaMorete added to the joke by saying, "It was always an inside joke that there were favorites in the family. So, that’s how the board was made."

Nanny LaMorte broke down the criteria that it takes to be promoted or demoted on her ranking board, saying that it can be anything from different milestones, having babies or how often they come and visit. "My grandson just had a new baby, so he goes to the top because it's a very good, happy moment," she said. Although Dan explained that the top two spots are "pretty locked in," since one cousin is a dentist and the other is a veterinarian. As far as demotions go, not visiting or calling will usually do it, along with Dan's reason for his recent demotion. "Tattoos? That’ll do it every time," said Nanny.

Dan spoke about how surprised he was by the public's reaction, taking it a bit more seriously than the family actually does. "We’ve always been a very jokey, roasty family," he said. "It’s definitely a way to keep everyone together, and it gets us all talking." 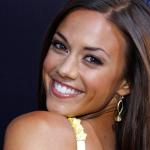