A New Study Has Found That Human Intelligence Evolved Because We Had to Become Better Parents to Our Young Ones.

In humanity's infancy, it might have been child care that helped us evolve.

For the study, Steven Piantadosi and Celeste Kidd, assistant professors in brain and cognitive sciences, developed an evolutionary model that found babies are born with a lack of wisdom, intelligence and skills - unlike giraffe calves, for example, which "are able to stand-up, walk around, and even flee from predators within hours of their births," according to Kidd - because it helps them develop into big-brained adults.

This theory means that humans are born with smaller heads to ensure that they can be born. But because newborns don't have high levels of intelligence, this requires parents to have bigger brains, according to the study.

"As a result, selective pressures for large brains and early birth can become self-reinforcing - potentially creating species like humans with qualitatively different cognitive abilities than other animals," the study said.

This study may point to why humans are so intelligent compared to other species. Our need to parent and do so effectively have, over time, made us more understanding of logic and reasoning, among other intelligence factors that humans excel at.

"Humans have a unique kind of intelligence. We are good at social reasoning and something called 'theory of mind' - the ability to anticipate the needs of others, and to recognize that those needs may not be the same as our own," Kidd said in a statement. "This is especially helpful when taking care of an infant who is not able to talk for a couple of years."

Previous research has also found that other animals tend to be smarter than youngsters in their infancy. According to Popular Science, a study from the University of British Columbia found that dogs have an intelligence of a 2-and-a-half-year-old. Researchers found this after looking at the verbal comprehension between infants and dogs.

As you might expect, this study has its naysayers.

"The dog is very good at doing dog-things, and the child is developing a talent for doing human-things," Alexandra Horowitz, a psychologist at Barnard College, told Popular Science.

Others have pointed out, however, that even a 7-year-old cat is smarter than a 7-month-old baby.

But without babies, we may not have such a strong ability to parent, nor be as smart as we are, according to The Washington Post.

Piantadosi, the cognitive scientist at the University of Rochester who worked on the aforementioned study, said that a baby's lack of intelligence gives us the strength we need to become good parents in the future.

So while dogs and cats may understand more words and commands, babies will eventually grasp social reasoning that'll make them more unique and, well, human.

"Social understanding is ... a really important thing for taking care of kids that are born helpless, because you have to be able to figure out what they need," Piantadosi said. "In that sense this fits nicely with those kinds of theories about what makes humans special."

Why breastfed babies are so smart 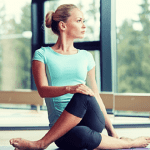 10 Miraculous Things Women's Bodies Do That You…