The idea that anyone in the world has a connection to any other person (or Kevin Bacon) by six degrees or less just got a lot smaller.

Everyone in the world is one step closer to being personal acquaintances with Kevin Bacon.

The idea that anyone in the world has a connection to any other person by six degrees or less has been around for almost a century. The theory was made more popular when people used it as a game to connect other actors or themselves to Kevin Bacon. But now, according to a blog post from Facebook, six degrees may be too high a number.

After taking every user's Facebook friends list and crunching the numbers, researchers say a more accurate number would be around three and a half degrees.

Pick any person on Facebook, and you are somehow connected to him or her through less than four people.

The number of connected people grows rapidly the more degrees away you are. And most Facebook users have more than 100 friends, so even that example is a modest one.

The explanation of how exactly they came up with the numbers is a bit more complicated, but luckily, they can find out your degrees of separation for you. 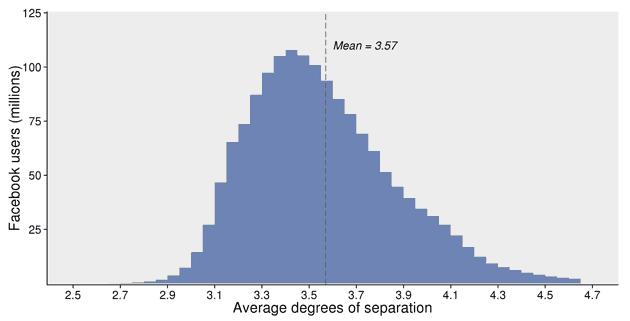 This just goes to show, the world really is smaller than we think.

Time to put an extra chair at the dinner table, just in case your old pal Kev Bacon decides to drop in.

Nick received a Bachelor's Degree in Mass Communication at Dixie State University in Utah where we was Opinion Editor at Dixie Sun News. Now he interns for Deseret News National. Follow him on Twitter at
nextarticle 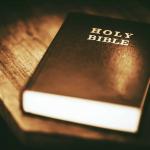 What the Bible Can Teach Us About Telling…