Surprisingly Its Not Spending Time or Buying Gifts That Makes Kids Happiest, Its Something Much More Important.

New research finds that a father's attitude is the key to raising well-behaved children.

Dr. Charles Opondo at Oxford University in England, conducted a study that included 10,000 children and their parents; 7,000 of which they studied until age nine and 6,500 until age 11.

Results surprised researchers when they noted a majority of children were more so influenced by their fathers than their mothers.

A photo posted by Lucid Dream Photography (@lucid_dream_photography) on Dec 1, 2016 at 2:24pm PST

In the end, the results concluded there are two significant things from fathers that contribute and influence their child's behavioral development.

1. Fathers who are confident in parenting

Parents lead their children through example. Children spend moments every day observing and learning from the adults in their household. If they watch a man who is self-assured in his role as a father, they will flourish and grow into well-behaved, charming adolescents.

When a father is cold and distant with his children, his children will often mature to be emotionally unresponsive to their peers. That kind of behavior can be detrimental in current and potential relationships. Fathers who give their children reassurance, comfort and encouragement will see their children grow with a strong sense of confidence and resilience as they further mature.

All in all, a trusted father figure in the lives of children is crucial to their growth and development. While a mother serves as a nurturer and a source of compassion for her children, a father serves as a guide and a support system for his family. He ensures his children have a significant understanding of morals and independent growth.

Dr Victor Fornari, a child psychiatrist at Cohen Medical Center in New York, says, "The youth who do not have an involved father are at greater risk for more difficulties."

In that aspect, an assertive, yet comfortable bond between a father and his children is essential so the children of the upcoming generation can mature in a healthy, positive way. 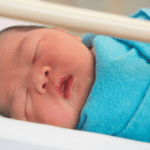 5 Things You Aren't Doing That Will Actually…