Is Your Daughter Doubting Herself? Find Out How You Can Help Her Reach Her Potential.

A recent study discovered the majority of 6-year-old girls believe boys are smarter than girls.

The research, done by researchers at the University of Illinois, New York University and Princeton University, was conducted to discover why women are underrepresented in STEM (science, technology, engineering and mathematics) fields.

They discovered that females start to lose sight of their brilliance at age 6.

New York University researcher, Andrei Cimpian, told NPR that they looked at 5- to 7-year-olds because sterotypes start to influence children around those ages.

The researchers told the children a short story about an intelligent person and held up two pictures of women and two pictures of men. They asked the children to point out the really smart person. Five-year-olds generally picked their own gender, but among 6-year-old girls only 48 percent picked girls.

The study did not determine why there was such a drastic change between girls aged 5 and 6, but other research suggests that having role models in the STEM fields might help.

You can help your daughters recognize their potential in these five ways.

1. Encourage her to pursue her passion

Not only will she want to work hard at what she loves, but hard work boosts her self-esteem. She will feel confident to follow her dreams. School does a good job at introducing children to different subjects. If your daughter seems fascinated by one subject over another encourage her to learn more about it. Listen to her when she shares information and be willing to learn from her.

Drilled into movies, culture, books and social life is this idea that you are pretty or smart. Teach your daughter that she is both. Call her beautiful and smart, and mean it. Praise her on doing well in school and on the outfit she picked out. She doesn't have to be one or the other.

No matter the future career of your daughter, she will need to be creative. Creativity is common among children, so encourage it. Reading good literature, participating in the arts and providing opportunities to do craft projects fosters creativity in your daughter.

4. Teach her to grow

Give your daughter reasons to believe that she can be good at more than one thing. Teach her the process of accomplishing a goal is just as important setting the goal. Teach her hard work, persistence through difficult times and confidence to do anything she sets her mind to. Intelligence and talent are important, but not as important as hard work.

Encourage your daughter to reach her potential. No matter her future path, she will benefit from your love and support now. 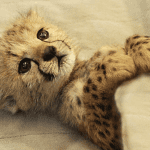