No Quitters Zone: Why You Shouldn’t Let Your Kids Quit

Letting Your Kids Quit What They Love For Fear of Failing is Telling Them They Are Failures.

Kids love to partake in as many activities as possible. There's drama class, football, ballet, dance and the list goes on. Then, there are the parents trying their best to uphold a balanced schedule and budget since many of these activities need money. Everything is in order until your child tells you they no longer want to pursue an activity - and it is only the first week.

I rarely wanted to take part in much because my idea of a childhood was to run home, do homework and watch television. However, my niece and nephew are the opposite of me. They love to take part in various activities. But when they were younger, there were times when they would quit something early on. At first, their parents agreed to let them quit, but their mother, an experienced social worker, soon realized an unhealthy pattern. She sat them down and tried to understand why they wanted to quit so often. Turns out, they faced challenges among their peers and with the work given to them which led them to believe they will fail down the road. The kids didn't want to let their parents down. So, they thought leaving it all behind and finding something else was for the best. Their mother continued to explain how quitting wasn't the best choice and how quitting can have a negative effect in life.

If you allow your child to quit something he loves but is afraid to pursue it because it is hard for him or he believes he does not have what it takes to move forward, it will only lead to the following:

He will always quit

The more they quit, the less they will learn the meaning of stability. They will never determine a true liking for something. They will assume the same quitting behavior as they grow older. He will quit his job because he feels bored or quit his relationship because his girlfriend cancelled a dinner. Quitting becomes too easy.

He will not commit

Children will have a difficult time adjusting and committing to new things. Of course they will be open minded to something new, at first, but when it becomes too much for them, they will walk away. As adults, they will do the same. For example, if they choose to marry and have a family of their own, but recognize it was more than they bargained for, they will quit.

He will always fear

Children fear the unknown and will quit whatever it is because they do not know. Once fear is in them at a young age, they will grow with that same fear as adults. They will live life differently than you have hoped for as a parent.

Children are always experimenting with different ideas and activities. And that is because they are trying to discover who they are and what they actually take pleasure in doing. They will dare to quit at the first sign of hardship even if they love the activity. That's where you come in to tell them quitting is not the answer. Quitting is when you do not have the love for something. But when you do have the love for something, quitting is never an option. 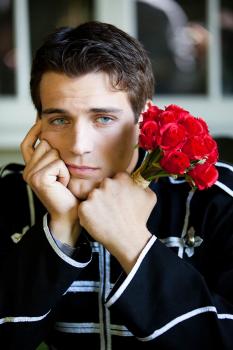 How the Prince Charming Fallacy is Hurting Your…