Not My Kid! 10 Foolhardy Declarations New Parents Tend to Regret

Admit It! Which One of These 10 Things Did You Say Before You Had a Baby, Only to Regret Later On?

Before I had kids I knew a lot about parenting. Five years later - and not so much. It's easy to make grand statements about how you're going to raise your kids when you're not sleep deprived and worn down. Not to mention that we get a little loopy when it comes to the kids we love dearly. In case you've forgotten, here are 10 declarations many of us made pre-baby and broke somewhere along the way.

Yeah, right. We all thought this until we actually had kids and realized our mothers got a few things right. Make no mistake, at some point in your parenthood journey, you'll sound exactly like your mother.

Kids, toddlers especially, go through a violent phase. Even the best parents deal with a little anti-social behavior. It's all part of the learning process. It's also a slight shock the first time your precious little one gets hit, bitten or kicked. Life is hard when you're 3.

3. My kids will eat right

Parents today are under tremendous pressure to get their kids to eat right. Whoever is defining "right," however, remains elusive. We should feed our kids well, but that doesn't mean we don't all slip in the occasional soda and piece of pizza.

4. I'll never let my kids behave that way in public!

Admit it. Before you had kids you judged some poor, forlorn family in the grocery store. Or maybe it was in a restaurant. Either way, you probably promised yourself that your kids would be angelic beacons of light and goodwill in public. Then the kids were actually born.

5. The television will never babysit my kid

It's quite the conundrum. Do you want to stick to your anti-screen convictions, or do you want a shower? Some days the shower is bound to win.

6. I will not yell at my child

No one would dare yell at a newborn, so it seems for a while that you'll end up never yelling at your kid. Until the kid turns 2 and floods the entire bathroom, that is. You will yell, and you will feel bad about it. It's part of parenting.

7. My kid will do all his own homework

Before kids, hearing stories about helicopter parents was horrifying. Why would they do that!? Then you had kids who stole your heart, and the instinct to rescue kicked in. That doesn't mean that you should give in, however.

No piles of toys and dirty laundry in my house! Remember making that sweeping declaration? Remember how it lasted less than one day after bringing home a newborn? Even those hazy newborn days are nothing compared to the destructive force a toddler brings.

Ascribing to a parenting philosophy before you have kids is setting yourself up to look silly. We all start out with the best of intentions, but sometimes the kids don't cooperate. To further complicate things, what worked for your first kid probably won't work for your second, third or fourth. Each time it's like starting from scratch.

Becoming a new parent is scary, especially when you consider that every relationship in your life will change drastically. We all thought we'd keep up the same social circle post-baby, but it becomes a surprising struggle.

There is good news in all this. Kids are enormously resilient, even when their parents have no clue what they're doing. There's a lot of growing up together that occurs in families. Just remember, the next time you hear a non-parent say one of these things, smile and keep your mouth shut. They'll figure it out soon enough. 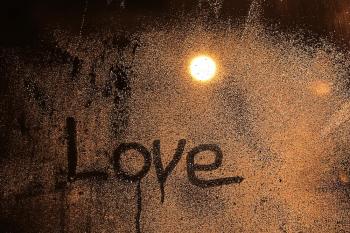 True Love Should Be Painful