One idea that can meet a trio of parents’ Christmas goals

All parents want their kids to get the spirit of giving at Christmastime. We also want to help poor children and families and to get our neighbors together for a Christmas party. Here is one simple idea that can accomplish all three.

Note: This article is adapted from a column that the Eyres originally published in The Deseret News.

There are three hopes that all parents have at Christmastime: 1. Get kids more into GIVING. 2. Efficiently (without a lot of hassle) give a Christmas gift to neighbors and get together with friends during the holidays, and 3. Do something for needy children and families.

Wouldn't it be great if we could accomplish all three of these goals at once?

Let us share an idea that does exactly that - something you might think about for next Christmas.

It is something we tried many years ago that not only worked, but worked so well that it became a Christmas tradition every year thereafter and is now practiced by our children with their own families and in their own neighborhoods.

We called it the "Children for Children Christmas Concert." Here's the story:

One year, as Christmas approached, we were, like so many parents, concerned about the list-making, here's-what-I-want, getting-getting-getting, entitlement attitude part of Christmas. We wanted to move our children more into the spirit of giving.

We had tried going to the soup kitchen to help out, or doing a Sub-for-Santa project. These things were wonderful, but we wanted something with more creativity and something where the children felt a stewardship for those less fortunate - particularly for other children who were in need at Christmas.

We also wanted to get the neighborhood together for a Christmas concert where our kids could perform (and we could get some results from all the money we were spending on music lessons).

The idea suddenly occurred of doing the concert as a fundraiser to help children in need. The idea of using their talents not to get recognition or praise but to contribute to others less fortunate seemed to resonate with our kids and with several neighbor families with whom we shared the idea.

As a neighborhood, we picked an evening in December, and our kids recruited other kids who agreed to "do a number on the program." They ranged from violin and piano solos to reading a poem or a story or singing a song or doing a dance or holding up an art project - all with a Christmas theme. We printed a simple program and circulated it to friends.

We knew that the parents of the kids who were performing would come, and we also passed the invitation to older couples, widows - pretty much everyone within range. There were no tickets or admission charge, but we explained to the audience that the children were performing to raise money to help needy children by building a school for them in a village in Bolivia.

We stressed this "giving" aspect to all of the kids performing, and praised them lavishly for using their talents to help much less-fortunate children their same age who had nothing - in a faraway land.

The concert was a great success. Parents, it seemed, were willing to pay a lot to see their kids perform. The young performers themselves, some very accomplished and some just winging it with a little story or song, really got into the spirit of the evening and took their bows to the glowing applause from their parents and the others who had come. We showed pictures of the village where the school would be built.

During the last couple of numbers on the program we totaled up the money and pledges in the donations box and announced at the end of the concert that enough had been raised to build the school. We emphasized that this was the money the performing kids had raised - it was their gift to the children in Bolivia - it was truly "children for children."

It was a tradition that got traction. As a neighborhood, we did it every Christmas from then on, with additional new families attending each year, but with the same spirit of children giving to children.

Try it! All you need is a favorite charity or cause (It can be a local one - there are plenty of children in need close to home) and a bunch of neighborhood kids who can each perform in some way. Their parents will come and pay to watch their children and donate to a need. Best of all, the children will have that matchless feeling of having used their talents to help others. And in one fairly simple evening, you will accomplish three of your Christmas goals. 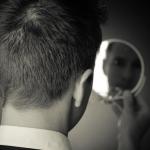 The Most Important Trait a Person Can Have