One of the best parenting tips comes from a 4,800-year-old fossil

Archaeologists in Taiwan just discovered a 4,800-year-old fossil of a mother holding her infant child in her arms, which may be the earliest version of kangaroo care.

Archaeologists in Taiwan just discovered a 4,800-year-old fossil of a mother holding her infant child in her arms, according to Reuters. This fossil was found in the remains of 48 other items that show early human activity. Researchers said this fossil was "the most striking discovery" of the bunch, Reuters reported.

"When it was unearthed, all of the archaeologists and staff members were shocked. Why? Because the mother was looking down at the baby in her hands," Chu Whei-lee, a curator in the Anthropology Department at Taiwan's National Museum of Natural Science, told Reuters.

Using carbon dating, they found there were five children in this set. The researchers found these fossils after almost two years of digging.

Although researchers are unsure why this mother was coddling her child - whether she was protecting the baby from harm, or rocking him or her to sleep - the fossils show modern parents may not be the only ones who believe skin-to-skin contact is a bonafide way to comfort your child.

The most common form of skin-to-skin contact from parents - other than simple hugs or rocking a baby - comes in the form of 'kangaroo care.' With this practice, parents have skin-to-skin contact with their premature babies because it's believed to stimulate feelings the infant had in the womb, according to LiveScience.

As I previously wrote, experts agree skin-to-skin contact encourages newborns to eat more food than they would otherwise, and it helps them avoid fevers, one of the most common causes of deaths among premature babies.

"They need help feeding, with temperature control and they are more prone to infection," Joy Lawn, a professor at the London School of Hygiene and Tropical Medicine, told BBC. "It's really only before 32 weeks that their lungs are immature and they need help breathing. Unless there are those breathing problems, kangaroo care is actually better because it promotes breastfeeding and reduces infection."

In fact, a 2007 study similarly found this close skin-to-skin contact will stabilize a newborn's body temperatures, which will encourage them to embrace breastfeeding because they've already fought off their illness. Other research says babies who go through kangaroo care sleep better, react more appropriately to stress and develop better thinking skills over the long term.

"Therefore, by holding premature babies in parents' arms, doctors hope to re-create the environment in which infants would have developed if they had not been born prematurely," according to LiveScience.

Not everyone is on board with kangaroo care. Medical professionals sometimes opt to put babies in incubators instead, because they believe this will give premature babies the best shot to survive in the long term, according to The Guardian.

Research has backed up this idea, saying there isn't any significant difference between babies placed in an incubator and those who go through kangaroo care, The New York Times reported.

But research from December found skin-to-skin treatment can have lifesaving benefits for preemies. A review of 124 studies found kangaroo care reduces the likelihood these newborns will get sepsis, a serious blood infection, and it boosts a child's survival rate overall, according to CBS.

"The mechanisms through which kangaroo care is believed to work - for example, through stabilization of temperature and other vital signs, and increased breast-feeding - are likely to be the same across settings," senior study author Dr. Grace Chan of the Harvard School of Public Health and Boston Children's Hospital. "And that could lead to improvements in outcomes for infants in U.S. neonatal intensive care units, as well."

Can the simple innovation of paying moms for milk save newborns?
'Kangaroo care' - something dads can do, too
Not all babies born in prison say goodbye to their moms 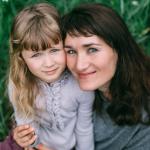 51 Distinct Ideas For Celebrating the Sabbath