One very important thing to remember when raising children

Parents Can't Force Their Children to Become Replicas of Themselves. Learn From These Examples on How to Guide Them to Become Who They Really Are.

All it takes is having more than one child to realize that all children are different. Every individual born on this earth has his or her own characteristics and talents. We get that part. So why do we think we can make our children into replicas of ourselves? Or maybe even more than that we think we can make them into something we never were but wanted to be. Whichever the case may be, one fact remains: we need to allow our children to be themselves.

That doesn't mean we can't guide and direct them. Of course, we can. That's part of their education and our responsibility. They need to experience many things in their journey of discovering what they enjoy doing and what they are good at. We just need to give up trying to force them into being someone they're not.

When our children were young we decided we wanted them to learn to play the piano. Not that we were great pianists- to the contrary. We could barely play ourselves, but wished we could, which was why we wanted them to learn how. We didn't think they needed to be "great" at it. Just learn it for their own pleasure and enjoyment.

One by one we tried. To our surprise and sorrow, it just didn't take- for any of the five. We'll tell you only about the two eldest-the "guinea pig" kids. Isn't that what most first born are?

Our eldest child, a son, was first to suffer under our wishes. In a short time he made it perfectly clear that he was not interested in playing the piano. Our efforts to encourage him otherwise failed. The boy just didn't have a musical note in his body. As it turned out, he discovered his gift for math and computers, and that's where he has flourished.

When it didn't work for him, we decided our second child would be our piano player. She was seven years old when we started her lessons. After three months the teacher said, "She's not ready. I suggest you wait another year." One year later we tried again. Oh, how she struggled as she tried to practice those simple little melodies. She would cry and pound the keys in frustration.

That's when the teacher gave us the disappointing news. "This isn't working for her. She can't do it. She has small motor problems that prevent her from getting the notes right. Her brain and fingers aren't matching up. For her own good, please don't make her take piano." We stopped the lessons and our daughter was very relieved. It was too much for her. She had a pretty voice, so we gave her voice lessons instead. She was much happier about that.

A lesson on the farm

These experiences made me remember what had happened when I was growing up on a farm in eastern Oregon. Being a farmer was my dad's dream come true. It was the ideal place to raise their big family of seven sons and two daughters.

One spring day when I, about eleven years old, was in the kitchen helping my mother, my father came storming in. Generally speaking he was a gentle, loving man. This day was different. He was boiling mad. My two older twin brothers, in their mid-teens, had been given their farm chores. One of them, Lorin, loved farming and did his chores to perfection. The other, Lee, hated it. Still he had to do his part. His job was to plow a small field to prepare for planting. He had made a mess of the whole field, which was not uncommon for him.

Dad was so angry he slapped his hat down hard on the table and said, to my mom, "That boy doesn't have a lick of sense! He's ruined the whole field. He's hopeless!"

My mother walked over to my father and firmly, but kindly said, "Not every boy was meant to be a farmer. This one is an artist. You can't make him into a farmer."

To my dad's credit, he listened. A few days later he found Lee a job in town working for a sign painting company. Lee was thrilled. He never became a farmer, but he did become an educated artist where later in his life, he happily earned a living doing art restoration for museums.

Word to the wise

In an article titled "Teaching Our Children" Michaelene P. Grassli wrote: "We need to discover who our children really are. We need to know what interests them, what worries them, and what they would do if they had their fondest dreams come true. Nearly always, their fondest dreams are wonderful. We can let children be their own selves and not expect them to be reproductions of their parents. Give them varied experiences so they can discover what interests them, and then encourage those interests and talents-even if they are not the same as yours." (Ensign, Apr. 1994, 62)

Do this and rearing your children into responsible, happy adults will be much more likely. 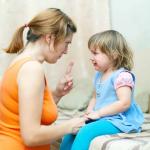 Why I Will Discipline My Children