Paid to Play: Be a Fun Babysitter

Babysitting is Never For the Faint of Heart. It Takes Work and Patience and Some Ability to Relate to Kids. But It Should Also Be Fun. Don't Think About Babysitting as Work, Think of It as a Time When You Get Paid to Play.

If you've ever been a babysitter, you've likely experienced the tedium of sitting around someone else's house for hours trying to keep their children from killing each other. Sometimes, if you're lucky, you get to put the kids to bed right away and then you get the house to yourself. But then what? What do you do to entertain yourself until the parents get home?

These tips from babysitting experts, (my teenage sister Charity and her friends) will make the kids happy and the hours fly.

Let the kids pick the games

If you're going to play board games, let the kids pick what you play, "or else they'll throw the game at you," according to Charity. This advice could apply to any type of game you attempt to play with the kids you babysit. Don't force them to do something because you think it would be fun. Your plan will almost certainly backfire and no one will have fun.

Play outside if the weather is nice

There are less fragile things that might be broken and the physical activity will help wear them out so they're easier to put to bed (that's where the fun part comes in for you).

They're much more likely to cooperate if you start the bedtime routine early. But try not to make it sound like a command when you tell them it's pajama time. Instead, make it a game to see who can get ready fastest or who can do the best job brushing his or her teeth. Kids' naturally competitive natures will be your allies in this instance.

If one kid wants to wear blue jeans to bed and another point blank refuses to brush her teeth, pick your battles carefully. Parents don't expect everything to run perfectly smooth while they're gone and one night off the routine won't hurt the kids. Have a sense of humor about the silly little upsets that happen. Charity says you should also "do something to make [the kids] laugh or else they won't like you." And generally, you don't have to be a comic genius to make kids laugh.

After the kids are in bed is often when you'll be most bored. Plan ahead for this eventuality. Bring a book or a puzzle to work on or browse through the family movie collection. Just be sure not to fall asleep - it doesn't make a good impression on the parents if they come home and catch you snoozing.

Of course, the easiest way to have fun when babysitting is to focus less on yourself and what you could be doing instead of watching over a bunch of hyper children. Focus on the kids and try to help them have fun. Don't watch the clock and you will be pleasantly surprised by how soon the parents seem to walk in the door. 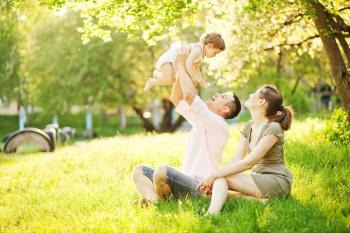 The Search For Happiness: 4 Ways to Find…