Willow Sage Hart is the daughter of three-time Grammy winner, Pink, and former motocross star, Carey Hart, who is stunning the internet once again with her beautiful voice just like her mother's. Pink recently posted on Instagram a video of her daughter performing a beautiful version of Olivia Rodrigo's "The Rose Song" from the second season of "High School Musical: The Musical: The Series," at her school recital. She is seen singing the song perfectly while she stands next to a Christmas tree on her school's stage.

The video gained the attention of many celebrities in the comments praising her stunning voice, even from Olivia Rodrigo herself. “I’m crying!!!!! what a special girl,” Rodrigo wrote in the comments of Pink’s Instagram post. Singer Mandy Moore gushed about Willow's voice by commenting, “Holy cow!!! What a voice! What composure. Superstar."

Many fans first heard Willow's stunning voice two years ago when she joined her mother on ABC's "The Disney Holiday Singalong" while singing a rendition of "The Christmas Song," best known to be sung by Nat King Cole. Many fans labeled their performance as a standout of the television special, noting how beautiful Willow's voice was for being such a young age. It's not hard to assume that she got her powerhouse voice from her talented Grammy winning mother, Pink.

As for Pink, the star is finishing up her ninth studio album, "Trustfall," where she has begun promoting with the lead single "Never Gonna Not Dance Again." The album is set to release in February 2023 where she will hit the road on the Summer Carnival 2.0 tour scheduled to begin in June 2023. The tour will stop in many cities including New York City, Los Angeles and Philadelphia along with many more. 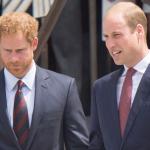