Play or Pressure? What Are Your Kids Getting Out of Sports?

Have You Taken the Time to Figure Out What You Want Your Child to Gain From the Sports Experience? Are You Sacrificing Your Child's Needs and the Needs of the Entire Family to Chase the Myth of Fame?

Kid's Sports - what's the purpose? In general, sports are good for kids. Beyond the physical activity they offer the opportunity for children to develop their social skills, to set goals, to gain self-esteem through achievement and to learn how to lose and move on. However, there are also negative aspects to the world of organized sports and parents need to anticipate the pitfalls to navigate the sports journey without causing more harm than good. A good starting place is for parents to ask themselves the following questions as their child becomes involved in the world of organized sports.

What's in it for him?

Have you taken the time to figure out what you want your child to gain from the sports experience? Are you sacrificing your athlete's needs and the needs of the entire family to chase the myth of fame? Are you over identifying with your child's success and pushing him for a parent's bragging rights? In other words, are you becoming an over-involved parent?

Where do you see it leading?

Let's start with the vision question. What do you want your child to gain from sports? The reason this comes first is that it will give you a framework for making the choices that will present themselves down the road.

First, get real. The odds of a child, even one who the coaches say is exceptionally talented, earning a college scholarship, going to the Olympics or becoming a highly paid professional is somewhere between slim and none. Therefore, ask yourself "What do you really want your child to get out of his/her athletic experience?"

In formulating an answer, factor in the overall well-being of the family. Is it worth giving up precious family time and financial resources to be a chauffeur and cheerleader at some distant sporting event? There is no right or wrong answer to this, but how a family responds should be done with their eyes wide open.

Many of the sports activities for the so-called elite athlete have become highly competitive and often involve travel to regional contests and training camps. The families who deal with this effectively have made these experiences part of their family life. They travel with the whole family planning some fun activities for the non-athlete siblings along the way. The parents build friendships with other traveling parents and meet some of their social needs by spending time with adults with similar interests. In other words, the experience has been transformed from sacrifice to an important part of that family's life.

If parents are realistic about their child's goals and can visualize that the choices to pursue the elite dream fits their needs then by all means go for it. However, if you envision the elite scenario as sacrifice do not go down that road or if you have started on the road, reverse direction.

How involved should you be?

The issues, though less extreme, are similar for families of recreational level athletes. Is it really necessary to sit through every practice or game? This question goes to the heart of the athletic experience for children. Are the kids participating to please their parents or is it for them to have a good time and get some needed exercise?

Many parents think that support means being with the child every moment to cheer him on. On the surface this notion seems virtuous but there are significant negative consequences. A child's self-worth can become dependent on constant adult approval. Too often, adults become problem solvers instead of kids working it out among themselves. In addition, if fun becomes secondary, kids tend to drop out of sports if they don't make the more elite teams. When the primary goal is winning or climbing the elite pyramid, the kids who don't win stop playing and join the growing legion of overweight, video game addicts.

An additional consequence of chasing the dream to be number one and the winning is everything mentality is inappropriate parental behavior. The media and the social networks have provided us with numerous examples of parents going wild at athletic events.

Fortunately these extremes - parents physically attacking coaches, opposing team members and referees - are relatively rare. However, the less violent name calling, taunting, publicly berating kids and trashing coaches on the Internet is far more common. This behavior is a clear reflection of a parent's over involvement with their child's achievement. At the same time, it sends a message to kids, through modeling, that these inappropriate responses are the way to show displeasure and to resolve problems.

How do families successfully navigate the sports journey? The place to start is with a family meeting. In the Family Centered Parenting program, the family meeting process is where a family begins to lay the groundwork for its vision as a family and the place for making choices that are need fulfilling for the entire family. An illustration might be helpful.

Carol and Mark Schmidt's 8-year-old son, Danny, was invited by his gymnastics school's coach to join the school's elite competition squad. Proud and eager to support their son they agreed. They went to two meets on consecutive Saturdays that basically took up the entire day. Danny performed for a total of 15 minutes at each meet and Carol and Mark sat in the bleachers for several hours waiting for Danny's turn. When they returned home, tired and frustrated about what they weren't able to accomplish, their 13-year-old daughter, Jennifer, gave them a hard time about missing her softball game.

The Schmidt's called a family meeting to discuss the situation. Both Carol and Mark were able to voice their need to support their kids but also to take care of chores on the weekend and have some time in the evening for an occasional mom and dad night out. Jennifer expressed her disappointment that her parents were missing her local softball game. Danny said he likes gymnastics but missed other activities on Saturdays.

The family came up with a plan which included Danny continuing in gymnastics but not on the competition squad, a commitment by the parents that at least one of them would attend Jennifer's softball games and that the children would not balk at having a babysitter twice a month so that mom and dad could have a date night.

When a family utilizes the family meeting and can discuss individual needs and the needs of the entire family, decisions can be made that empower the individual family members and strengthen the family.

Dr. Richard Horowitz is a parenting coach and author of Family Centered Parenting.  He is a father and step father of six children and can be reached at GrowingGreatRelationships.com.
nextarticle 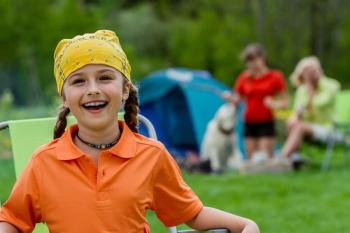