Police Can’t Understand Why a Girl in a Mild Car Crash is Close to Death; Then They Lean Her Forward and Discover the Real Reason For Her Deadly Injuries

They Cut Her Seatbelt Off and Discovered Something Horrible.

We've all heard the excuses:

"The seatbelt makes me uncomfortable."

"I grew up not wearing seatbelts and I turned out just fine."

"Don't worry about it, it's my decision and my risk."

But when someone in your car doesn't wear a seatbelt, they're not just gambling with their own life. They're putting every other passenger's life at risk as well.

A tragedy that could have easily been prevented

One family learned this lesson in the most devastating way possible when, one Easter Sunday while driving down a Utah highway, their car was broadsided.

Though the accident occurred years ago, highway patrolman Lt. Lee Perry vividly remembers responding to the scene because of what he found when he opened the car door.

Perry said he found a girl in critical condition inside the wrecked car, struggling to breathe and badly hurt. But something was off - he wondered why she was so badly injured when the car had been hit on the passenger side and she was belted in on the driver's side.

The answer came when they cut the seatbelt off of the poor girl struggling for breath.

What was behind her?

When her body came forward, Perry discovered someone else was lodged behind her - her brother, who had been riding next to her unbuckled.

"Because he wasn't wearing a seatbelt he became a missile," Perry said.

Upon impact, the brother's body launched into his sister, badly battering her neck and back. He died on scene, and his sister died soon after in the hospital due to injuries sustained by his body colliding with hers.

"(It's a) tough situation where parents lose two children in one crash because one of them chose not to wear a seatbelt," Perry said.

If the brother had buckled up, both siblings mostly likely would have made it out of the crash alive and still been with their family today.

According to Zero Fatalities, unbuckled passengers can become a projectile during a crash, increasing the risk of hurting or killing others in the car by 40 percent.

The boy in this tragic story was sitting beside his sister, but studies reveal dangers when the individual is sitting unbuckled in the rear, too.

One study found that "the odds of dying for belted drivers in head-on crashes more than doubles with an unbelted rear-seat passenger."

The study's researchers also estimated that more than 800 lives would be saved and over 65,000 injuries would be prevented every year in America if 95 percent of rear seat passengers wore their seatbelts.

Ask EVERYONE to buckle up

"Everybody in that car is impacted by your choice," Perry reminds anyone considering to forgo buckling up.

Forwards, backwards or sideways, it doesn't matter which way the unbelted body is flying - it could hit anyone in the car, and that's not worth the risk.

It might be awkward to ask your father-in-law, your friend or your co-worker to put on a seatbelt when they're catching a ride with you. But if you see any of your passengers unbuckled, it's critically important you ask everyone in the car to buckle up. 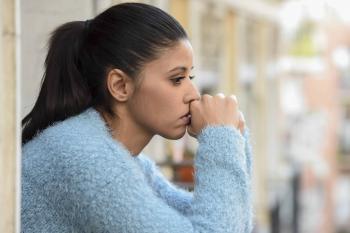 Remember These 10 Things if You Love Someone…