Many People Think of Video Games as Dangerous Wastes of Time. Although Certain Games Can Be Whatever End of the Spectrum, You'll Want to Know About These 7 Benefits of Playing Video Games For Kids.

What is it, exactly, that bothers parents about kids playing video games? As a mom, I'm constantly fighting with my kids over if, when, and how much they can play. Safety, violence, health and obesity, aggression, age appropriateness, addiction, and amount of appropriate play time can bother us enough to make video games seem downright harmful. All of these points are valid. But before banning all gaming in your home, take a look at some of the positive effects video games can have as well.

One of the key recommendations for parents is to spend time playing video games with their children. Embracing and participating in video games strengthens family ties. Parents who take the time to play not only become more knowledgeable about the games their kids are playing, they also form closer connections with their kids as they meet on their children's "own turf."

Socially, many games teach kids to reach out and contribute in positive ways. In his book The Modern Parent's Guide to Kids and Video Games, Scott Steinberg suggests that "kids who spend just 30 minutes playing a "pro-social" game like Super Mario Sunshine (in which you clean up pollution and graffiti around an animated island) are more likely to help friends, family, and neighbors in real-life."

In a study from Brigham Young University, girls in particular were shown to thrive, especially when parents played with them. Girls playing age-appropriate games showed less depression, anxiety, and aggressive behavior. They also displayed more positive behavior toward family members.

Use of video games has been shown to improve knowledge retention, spatial awareness, and problem solving skills in addition to helping with literacy, math, and other educational topics. In a test administered by the University of Kansas, students who used video games to prep for exams outperformed those who used other study methods. In regards to these findings, Scott Steinberg offers that "The advantage of using video games in this case may have been the mere fact that it requires active engagement of the mind, as opposed to almost thoughtlessly looking over slides"

The complex requirements of gaming enhances a child's ability to multitask, as well as aiding in the development of fine motor skills and the improvement of visual acuity. At the University of Rochester, people who played action video games for a month were able to identify letters presented in clutter 20% better than before. Incredibly, results were shown after just 30 hours of play.

Through the natural process of learning, mastery, and victory required in gaming, players gain confidence in their abilities to overcome obstacles through persistence.

Active games, particularly those with motion control devices like the Wii, Kinect for Xbox 360, and Playstation Move provide great opportunities for fitness.

What parents don't want to give their kids a head start on good careers? According to a 2010 report from the Federation of American Scientists, "the success of complex video games demonstrates that games can teach higher-order thinking skills such as strategic thinking, interpretative analysis, problem solving, plan formulation and execution, and adaptation to rapid change...These are the skills U.S. employers increasingly seek in workers and new workforce entrants."

Obviously we shouldn't go crazy on all these benefits and strap our kids to video games every waking minute, but still, it is comforting to know that when handled in moderation, with proper safety controls, gaming can be a beneficial pass-time for kids, parents and families.

Tamara Webb has an MA in British and American Literature and also taught writing as an Adjunct Professor. She is a mother of five.
nextarticle 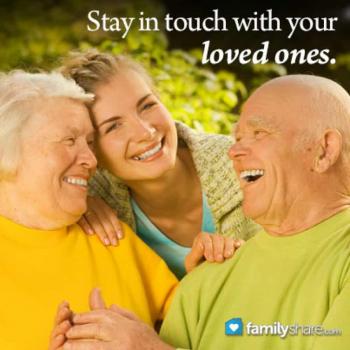