Pre-Arming Your Children, Rather Than Cocooning Them

One Size Does Not Always Fit All Children When It Comes to Parenting.

Not all healthy discipline involves correcting inappropriate behavior our children may be exhibiting. A major part of setting limits and teaching our children involves preparing them for behavior choices they will make in the future – and preparing them to know what to do in those moments of decision. Parenting experts have found some specific strategies that are effective in this type of discipline.

There are two main approaches to proactive parenting, namely, cocooning and pre-arming. Cocooning is a parent’s attempt to shelter or protect their child from potentially negative influences and is probably an aspect of parenting with which you’re familiar. While it is certainly appropriate to shelter your children from negative influences, the likelihood is that at some point, your child is going to be on her or his own, and your only parenting influence will be what you have taught them beforehand. Leading parenting researchers have found that while cocooning is relatively effective for young children, it often backfires on older children and leads to excessive curiosity and the tendency to seek other sources (e.g., peers, media) for answers to questions that parents will not address.

In contrast, pre-arming is defined as providing your child with some form of advanced teaching and coaching for when they confront situations that may tempt them to not follow family rules. Pre-arming can take many forms and is basically a tool to achieve open communication with your child. It means anticipating situations your child might experience and talking with him about how to deal with those situations and feelings.

Also, you shouldn’t assume that because you are proactive, your child will not still struggle with some aspects of their behavior decision-making. We are confident that a positive emotional bond and a proactive approach will result in fewer struggles, but we certainly expect that you’ll need to address these issues with your child frequently, especially during the pre-teen and teenage years. One of the keys to promoting responsible behavior is building a relationship of openness with your children and pre-arming them with the tools they will need to make good choices when the time is needed. This takes time and diligence, and continued desire on your part (even if your pre-teen child is seemingly annoyed or unwilling).

Fitting Your Parenting to Your Child

One of the truly frustrating things about parenting advice is that it often assumes that all children are the same – which any parent with more than one child can tell you is a ridiculous notion! We encourage you to tailor your discipline strategies to the particular child with whom you’re communicating and consider that what works for one child might not work well for another child.

For starters, always tailor your discipline to your child’s age and maturity level. Make sure you have realistic expectations and that you provide the needed support for your child to meet your expectations. In addition to age, considering your child’s temperament is also essential to effective parenting. Temperament is the biologically based way in which children respond to the world around them and is usually fairly stable over time.

While these extremes help us to understand temperament, the important thing to remember is that very few children are at the extremes. Because of socialization influences (parenting central among these), most children (about 75 percent) fall somewhere in-between these extremes. The key is to identify your child’s overall temperamental tendencies and how these might impact their risk level for different online safety issues.

The bottom line is that one size does not always fit all children when it comes to parenting, and this is no exception when you are teaching your children about online behavior and digital safety. The first positive step is to notice and acknowledge the temperament and maturity of your child and stop trying to fit a square peg into a round hole if your attempts at parenting aren’t working the way you want. The best parents are flexible parents, so be willing to try something new. 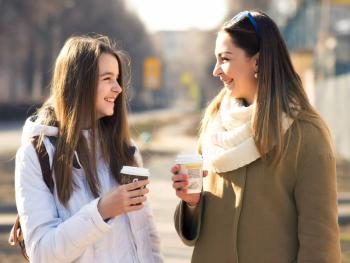 Improving Both Sides of the Communication Equation