Her Contractions Were About to Start, But There Was No One Else Who Could Help.

As Amanda Hess changed into a hospital gown, prepared to deliver her baby, her husband asked, "Is that a woman screaming?"

Two doors down, Halliday Johnson was trying to keep from pushing, but the contractions were coming hard. The baby was in distress with the umbilical cord wrapped loosely around her neck, but the on-call doctor wouldn't arrive for another 10 minutes.

As an OB-GYN, Hess knew that 10 minutes would be too late to help this baby. So Hess put off her own delivery, grabbed a second hospital gown to cover her backside and switched out her flip flops for some boots.

When Hess walked into the room and offered to help deliver her baby, Halliday Johnson didn't notice anything unusual. She told NBC News, "My husband noticed something was going on because she had on a hospital gown, but I didn't notice that because I was on the delivery table. I was in my own world there."

Johnson had been told not to push for the safety of her baby, but it had been painful to hold back. However, Dr. Hess gave Johnson the green light and guided her through labor until the on-call doctor arrived and was able to finish the process.

With the assistance of Dr. Hess, Halliday was able to safely deliver a baby girl.

A Kentucky doctor who was in her own hospital room preparing to give birth to her second baby heard screaming from the...

After helping Johnson deliver her baby, Hess then returned to her hospital room and took medication to induce her own labor. She delivered a beautiful baby girl, Ellen Joyce.

Of the experience, Hess told PEOPLE, "It was a perfect way to get my own labor started."

Hats off to this #DrMom and member of Physician Moms Group #PMG, Dr. Amanda Hess! This picture was taken minutes after...

Johnson was also positive about the experience. She told NBC News, "I appreciate what she did for my family, and it speaks a lot to who she is as a woman and a mother as well as a doctor. It makes you feel better, bringing a baby girl into the world, knowing there are women like her willing to step up like that." 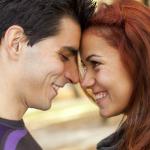