Protecting Your Child From the Expanding Risk of Suicide

Suicide is the Third Leading Cause of Death Among Youth, and It's Only Getting Worse. Here's What You Can Do.

Suicide among young people is on the rise. According to the U.S. Centers for Disease Control and Prevention (CDC), suicide is now the third leading cause of death for youth between ages 10 and 24. Some states even report it as the leading cause of death in this age group. "It results in approximately 4,600 lives lost each year. The top three methods used in suicides of young people include firearm (45%), suffocation (40%), and poisoning (8%)."

Deaths resulting from suicide are only part of the problem. The CDC states, "More young people survive suicide attempts than actually die. A nationwide survey of youth in grades 9-12 in public and private schools in the United States found that 16 percent of students reported seriously considering suicide, 13 percent reported creating a plan, and 8 percent reported trying to take their own life in the 12 months preceding the survey."

It's obvious that suicide is becoming a serious problem with our youth.

There are usually warning signs that let you know when your teen is struggling emotionally - the kinds of struggles that lead to suicidal thoughts.

When these factors are involved, it doesn't mean your child will commit suicide. It just means you need to pay attention, improve your relationship with your child or consider getting some professional help.

What parents can do

These reports are daunting, and parents may wonder what is to be done to stem this tide. No parent wants his child to die - and most certainly not by suicide. Here's the good news. There are specific ways parents play a vital role in helping prevent their children from committing or attempting suicide. The following are the most powerful things a parent can do.

This is done several different ways:

It's reassuring to know that parents, siblings and loved ones care about you. This happens from continual association with each other in the home - in a congenial atmosphere. This doesn't mean there won't be arguing at times. That's normal. It just means you keep the family activities going, regardless. Remember to tell your kids you love them. That matters. They need to hear it often.

In a recent article, Greg Hudnall, a suicide prevention trainer, says of the youth, "[R]eligion helps them feel a connectedness, and that connectedness is very powerful." This same article reports that "the students who reported high levels of religious participation - attending services one time per week or more - were half as likely to have contemplated suicide."

Hudnall goes on to say, "One thing parents and religious communities can do is help youths deal with disappointment, psychological stress and failure."

Keep a close eye on your child's behavior and demeanor. To prevent suicidal thoughts, be diligent in involving your child in family activities and religious experiences. These two traditions have proven to be highly effective in curtailing suicide. If suicidal signs persist, seek professional help. It's a fact that some suicides will happen even if parents do all they can to be there for their children. When this happens, parents who know they did what they could to save their children can, at least, find a measure of peace.

Together, Gary and Joy Lundberg author books on relationships. For more from the Lundbergs on improving communication, see "I Don't Have to Make Everything All Better." 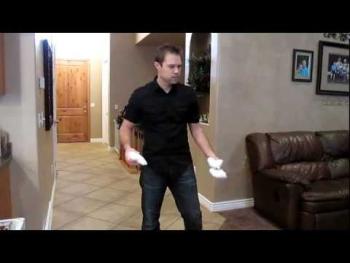