Protecting Your Kids From Pornography

Protecting Your Children From Pornography is One of the Most Important Things You Can Do. Because of Its Damaging Effects It Can Ruin Their Lives. Your Actions Can Help Prevent This From Happening.

If you knew something had the possibility of harming your child you would do everything in your power to keep it from happening. That's what parents do. We are here to protect and guide our children in ways that will help them enjoy the best possible life. When a person gets caught up in habitual viewing of pornography, there are life altering effects.""Children can innocently view a pornographic site. If they are not adequately warned and taught what to do when one pops up on a computer screen their curiosity can be piqued. They can so easily be drawn into a very destructive habit.""

Why it's so dangerous

It is so serious that some researchers are calling it the "new drug" of this generation. On the website fightthenewdrug.org it states: "Whether you're taking drugs or viewing pornography, the addiction process is the same." The site explains that over-exposure rushes the brain with pleasure chemicals like dopamine, serotonin, oxytocin, and epinephrine. This causes the brain to rewire itself to accommodate the extra chemicals, which in turn builds up a dependency to the chemicals, which goes beyond "wanting the pleasure in order to feel good, to needing them."""

The area of the brain most affected by this is the frontal lobes. This is the area that makes decisions and logically thinks through situations. To find out more about pornography's devastating effects and what you can do about it we suggest you visit fightthenewdrug.org and other excellent websites designed to help you understand and guard against this insidious problem.""

3 things parents can do right now

1. Teach your children what pornography is and how to avoid it

A simple explanation to a young child will serve as a good beginning, like "If you see something pop up on your computer that shows someone's naked body, come and tell me immediately." Let them know that you won't be mad at them. Instead, you'll be proud of them for telling you. Then show them how to delete it. Let them know that it's harmful to look at inappropriate images whether on a computer, a cell phone, or a magazine. For your older children, teach them the devastating effects of viewing pornography and never look at it. Let them know how you feel about it. Your teachings will have a powerful influence on their decisions. If they're into it already, be understanding and help them out of it. If it's a serious addiction, you may need the help of a counselor.""

2. Put filters on your computers and all mobile devices

Putting filters on your electronic devices is like putting guards at all your doors. If you wanted to keep your home safe from intruders you wouldn't just safeguard one door, but all doors. Do the same with all your computers and mobile devices. You can search on the Internet for the ones you think are best for your family. Too many parents say they are going to do this but never quite get around to it. Don't delay. Do it today.""

3. Be an example to them

Never view pornographic material yourself, no matter where you are. Some movies or TV programs are borderline pornographic. Keep these out of your home. Be the kind of person you want your children to be. Your example will validate your teachings.""If parents will carefully teach their children how harmful pornography is they will be armed to resist it. Put that coat of armor on your children so they will know what to do wherever they may be. Being prepared is the greatest defense. 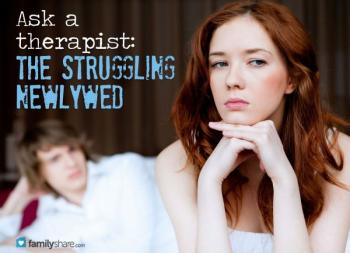 Ask a Therapist: the Struggling Newlywed