Put the Phone Down: Teaching Good Tech Habits to Kids

You've Heard That Kids These Days Need to Put Down the Phone, But What Can Be Said of Parents' Tech Habits?

More than half of a group of children and adults surveyed in a global study reported to believe that parents check their devices too frequently, according to a press release from AVG Technologies.

AVG surveyed more than 6,000 people to look into the relationship between parents, children, and smartphones - specifically looking into how parents' technology habits made children feel and act.

Twenty-eight percent of parents reported feeling their own smartphone usage did not set a good example for children; though, both adults and children agree children spend more time on devices.

"The challenge is clear that we, as the parents, need to set the example to our kids that the devices are super useful, engaging and give us great pleasure, but we need to show them that there is a time to put them down and spend quality time with each other," wrote Tony Anscombe, a security evangelist at AVG.

Failing to distinguish inappropriate times for distraction by a mobile device while together with family could actually have far-reaching effects on family relationships. In fact, thirty-two percent of children in the study reported feeling unimportant when parents were distracted by phones, AVG reported.

"Technology is changing our world... It's important though that we distinguish between family time and device time and give each other the time and attention that we deserve," Anscombe wrote.

The worst times to use devices while together were agreed upon across the board by children and parents: during conversations, while eating dinner, while watching TV, and while playing outside, according to a video made about the study results.

Many of the eighteen points include making more time for children and resisting being too distracted or too busy to spend time as a family. Two especially poignant messages in the list are the following: 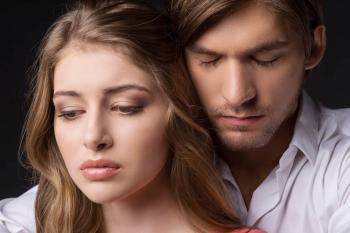 The Real Reason You Will Probably End Up…