R&B singer Kehlani's life hangs in the balance after a suicide attempt following a cheating scandal. But social media may have come to her rescue.

A popular R&B singer's life hangs in the balance all because of social media.

According to MTV, 20-year-old R&B singer Kehlani was hospitalized on Tuesday morning after she allegedly tried to commit suicide. She posted an Instagram photo of herself hooked up to an IV with the caption, "Today I wanted to leave this Earth. Being completely selfish for once. Never thought I'd get to such a low point."

She deleted her Instagram after the posts. Here's a saved image of the picture, courtesy of MTV:

Before she deleted her account, she also posted a picture of PartyNextDoor - singer of the hit song "Recognize" and a product of Drake's October's Very Own production label - praying by her side with the caption, "Thank you for saving my life."

These posts come a day after Kehlani was called out on social media for allegedly cheating on her boyfriend and NBA star Kyrie Irving. On Monday, PartyNextDoor posted a picture on Instagram that showed he and Kehlani holding hands with a caption that indicated she had cheated on Irving with PND, who is also her ex-boyfriend.

Social media comments condemned her for the action.

"Don't believe the blogs you read. No one was cheated on and I'm not a bad person," she wrote. "God saved me for a reason, and for that ... I must be grateful ... Cuz I'm not in heaven right now for a reason."

Though these posts and photos may seem like the makings of Hollywood and celebrity gossip, they point to an even bigger issue: the dangers of social media to make people depressed and potentially suicidal.

Depression is a major disorder that affects about 14.8 million American adults every year, and leads to close to two-thirds of the reported suicides each year, according to the Depression and Bipolar Support Alliance.

In fact, a new study suggests that too much time on social media may make you more depressed. The study looked at more than 1,700 U.S. young adults who were 19 to 32 years old and found that those who spent more time on social media were more likely to feel depressed, Tech Times reported.

Specifically, the researchers found most people spent an hour on social media platforms about 30 times a week. A quarter of those participants felt more symptoms of depression, Tech Times reported.

"It may be that people who already are depressed are turning to social media to fill a void," Lui Yi Lin, lead author of the study, told Tech Times.

And a study from last year found that too much time on Facebook - which owns Instagram - may make people more depressed due to social comparison, or when people get upset that their lives are unlike their friends'.

But depression can wane when people seek out help, and it doesn't always lead to suicide.

Family members and friends can especially help someone who may be suicidal find hope, accoridng to Help Guide, a nonprofit organization that aims to help those with mental health concerns.

To start, family and friends should be sympathetic towards the person they know who may be sucidial and listen to the problems that they choose to share.

"If a friend or family member is suicidal, the best way to help is by offering an empathetic, listening ear," Help Guide explained. "Let your loved one know that he or she is not alone and that you care. Don't take responsibility, however, for making your loved one well. You can offer support, but you can't get better for a suicidal person. He or she has to make a personal commitment to recovery."

It's also important for family members to recognize whether the person they're trying to help is in immediate danger. If so, you should make sure to find them some resources or medical help, according to Help Guide.

But when the danger is not immediate, the best thing people can do is to spread hope.

One way to do that, according to CNN, is to use social media. Teens will sometimes find resources through social media and will also meet other people who suffer from similar issues to help them get over their depression.

And it seems social media is trying to help Kehlani feel better and heal from her depression. A number of users posted their thoughts and prayers for the R&B singer, hoping the tweets will inspire her to deal with her grief and return to the stage and music scene soon.

This world is a cruel place. Words hurt. I hope she finds peace and happiness within herself!? #StayStrongKehlani pic.twitter.com/h5yfjbNmgF

#staystrongkehlani you're beautiful, talented, and worth it. remember that? pic.twitter.com/Asx8vfnY7Y

i could not imagine not seeing this smile anymore #StayStrongKehlani pic.twitter.com/bln2ybAYQS

"be great, be kind dont let them dim your light. a woman like the sun should always stay bright." #staystrongkehlani pic.twitter.com/TpsEk7ANfo

They try to dim your light, you still shine so bright, GOD is by your side, keep your head up. #StayStrongKehlani ?? pic.twitter.com/NSMYTiyUyv

Everybody is yet to remember celebrities are humans ...like ? They go through it just like we do. #prayforkehlani 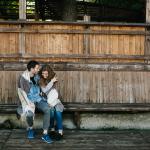