Parties Are Part of a Teenager's Experience and Are Meant to Be Fun, But Young People Need to Understand That Serious Consequences Can Occur When Parties Get Out of Hand. Ten Guidelines to Help Your Teen Navigate the Party Scene.

One of my young children's favorite party games is "Red Light, Green Light," in which players stop or start running on command. Teenage parties are far less innocent, and deciding which gatherings are appropriate to attend is no game. The following are 10 guidelines to help your teen navigate the party scene, to know when to go and when to stop.

Tyler, a popular high school football player, was invited to a party every Friday night after the game. Every Friday night he went home with his parents. He knew that if he attended the parties he would be placed in uncomfortable situations and found the best policy for him was to avoid the gatherings all together. He felt it best to stay as far away from the edge of the cliff as possible, rather than try to walk the line.

Whitney knows her own values and feels confident telling others where she stands. She chooses to attend parties but not participate in anything inappropriate. Both teens have learned to make clear demarcations and use good judgment about partying with their peers. Each has the support of their parents.

Sometimes despite the utmost scrutiny and planning, parties go awry and teens are caught in compromising situations. Many families adopt a "no questions asked" policy where parents assure their child that they will come pick him up from a party and not grill him on what happened.

Other families put in place a well-timed phone call midway through the party where a parent can check in on how things are going. If their teen is uncomfortable in any way, she can tell her friends that her parent just called and wants her home. This gives her an excuse to leave without making a big scene or losing face. Still others opt to frequently host parties in their own home. This allows the teen to meet his social needs while accommodating parental preferences and expectations.

Parties are part of a teenager's experience and are meant to be fun, but young people need to understand that serious consequences can occur when parties get out of hand.

Pastor Gary Stevenson shares the story of John, a young university scholar studying in Japan who was invited to a party with other foreign students. While the party seemed harmless at first, soon guests were passing around marijuana joints, and John became extremely uncomfortable. Amidst peer pressure, he left the party just before police officers entered.

Any guest who even held the drug was presumed guilty, and most of the students were expelled from their universities and even convicted of a crime. John, on the other hand, was able to complete his courses in Japan and go on to become a profitable businessman and later a professor at a Japanese university.

Before your teen attends a party, discuss the consequences of inappropriate, immoral and illegal activities at parties and be clear about your expectations.

Taking a stand about parties requires courage and strength of character. Be sure to congratulate your teen on her good choices and express confidence in her ability to successfully handle the challenges associated with teenage gatherings.

Navigating parties may not be as simple as following traffic lights, but with a little teaching and planning your teen can find personal confidence and success while providing a great example to his friends along the way.

Gail Sears is the mother of five children and resides in Georgia. She is an experienced teacher and public speaker with a passion for education and the arts.
nextarticle 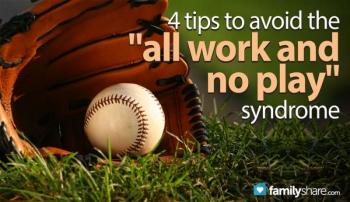 4 Tips to Avoid the 'all Work and…