Supporters of Syrian President Bashar Al-Assad's Siege Forces Have Taken to Social Media to Taunt Civilians Trapped in the Town of Madaya.

The Syrian town of Madaya has experienced 23 deaths from starvation under a months-long siege by President Bashar al-Assad's forces, Mic wrote.

The New York Times reported six of those cases were children yet to reach their first birthdays.

Mic noted an "insulting" trend on social media aimed at the residents of Madaya.

"Now, people who support the president's siege forces are using social media to taunt residents of the small town with pictures of their lavish meals," Mic's piece read. "The hashtag, written in Arabic, means 'solidarity with the siege of Madaya.'"

This hashtag #متضامن_مع_حصار_مضايا on Facebook is one of the lowest points on Social media.. pic.twitter.com/S7IPbhqCxk

Many of the posts feature "sumptuous-looking" foods such as kebabs, whole fish and "mountains of bread," The Independent wrote. Use of the hashtag has been condemned as "sadistic" and disgusting.

The Independent indicated the trend began once al-Assad gave into pressure to allow humanitarian aid in the region for the first time since October.

The organization noted the importance of that aid.

"Madaya, a former holiday resort in mountains near the Lebanese border, has been under siege by the Syrian army and allies from the Lebanese Hezbollah militia for six months," the report read. "Around 40,000 people remain trapped and reliant on next week's shipment of food and medical supplies."

The Daily Mail noted that European Union officials call the regime's choice to allow humanitarian access in Madaya "a first step in the right direction."

Still, Dr. Mohamad Youssef, manager of the medical council in Madaya, gave Metro details in regards to the group regime supporters have mocked.

"'People are consuming water with sugar, salt or spices if they can find any,'" he said through a translator," Metro wrote. "'The death toll is striking mostly the elderly, women and children." 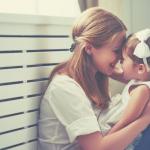 The 3 Words to Change Your Kids Bad…