Reporter live-tweets potential romance in the airport. Here’s what happened next

Tulsa Fox 23's Martina Del Bonta Began Live-Tweeting a Conversation Overheard in an Airport Terminal. Here's What It Led To.

A reporter bored and waiting for her post-Christmas flight in an airport terminal found a bit of entertainment when overhearing fellow passengers flirt with each other.

So Tulsa Fox 23 reporter Martina Del Bonta live-tweeted the budding romance - and the whole thing got a bit more interesting once going viral.

According to Fox 23, the idea hit Del Bonta when she noted two Oral Roberts University students chatting before the delayed flight from Phoenix to Tulsa, Oklahoma.

Flights delayed...this guy behind me is spitting mad game to this girl. They just met and found out they both go to ORU. Awww.

Boy: "What do you want to do when you graduate?"
Girl: "Everything"
Boy: "Me too"

I hope I can be in there wedding.

Worst picture ever but someone hook them up!! pic.twitter.com/O71fnfQ9HC

Soon, Del Bonta and the students boarded the plane, their banter again documented on the journalist's Twitter feed.

He gave her the aisle seat ❤️❤️

By the end of this flight- does the guy get the number???

And once the journalist's followers added a hashtag to the mix, Del Bonta wasn't the only one intrigued by the ORU students.

I plan on following to baggage claim. So I don't know how to play this

@MartinaFOX23 Gotta wait until almost the point of seeing them walk away. Let it be real, and if they don't, THEN catch them and help it.

As Rachel Bishop noted for Metro, others - companies even - began rooting for the students to give a date a shot by the time they reached the Tulsa baggage claim.

@bfreeland @MartinaFOX23 we'll get the pizza and some Southwest goodies! ^BE

free tix to any show, #ORUSingle folks - ah, young love- good luck on your first date, where ever is@southwest https://t.co/dgwVU7685j

According to Metro, some wondered if Del Bonta's tweets were a bit "intrusive." A Reddit user noted social media's presence just about anywhere makes it so people "can't even have a private conversation these days without someone tweeting about it."

Still, word from the baggage claim indicated the woman said yes to the date.

And Fox 23 reported the potential couple has big plans for it.

"Quick arrangements were made to get the potential couple's first date planned," according to Fox 23. "On Tuesday, Switchfoot singer Jon Foreman, who the two bonded over, took to social media to offer them tickets to one of his shows. Now they are working to get Foreman to play a show at Oral Roberts University." 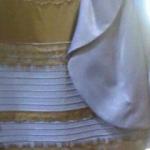 8 Moments From 2015 You Could Only Experience…