Research shows that the order of birth matters: the middle child is the most prone to problems

Is Your Middle Child More of a Troublemaker?

There's a stereotype that the oldest child is spoiled, the youngest child is also spoiled because they want attention, and the middle children are left behind or ignored. While this isn't the case for many families, a new study found that birth order really does matter.

The research was conducted by Professor Joseph Doyle from MIT (Massachusetts Institute of Technology). Professor Doyle and a team of researchers collected and analyzed data from thousands of sibling groups in the United States and Denmark, and found that the middle son might actually be the "black sheep" of the family.

According to the study, the middle son (they did the study on boys) was 25 to 40 percent more likely than their siblings to become involved with problems such as suspension, juvenile delinquency and end up in prison.

In an interview with NPR about the study, Shankar Vedantam (NPR's social science correspondent) gives a possible explanation for these results. He notes that the older child gets more undivided attention from their parents, while younger siblings have to compete for it.

He also points out that the oldest child gets to spend one-on-one time with his parents for the first few years of his life, and learns how to interact with adults because they're his only role model. When the middle child comes along, he has three role models — his mom, dad and a "slightly irrational two-year-old."

The researchers want everyone to know, however, that this study doesn't apply to everyone. In the NPR interview, Vedantam said, "This research, of course, is painting a broad picture. It doesn't describe what's happening in every single family."

What has been said about it?

Writer Jeffrey Kluger, author of The Sibling Effect, speaks of his relation between birth order, relationship with parents and a child's character formation.

He digs deep into the complex world of siblings and finds out what science, psychology, sociology and their personal memories have to reveal. He relies on cutting-edge research to discuss birth order (among other factors) and its effects of sibling relationships.

Kluger discusses how birth order affects a child's personality. Here's what he says about each person in the family:

According to Kluger, the oldest son comes into the world as king of the house. Parents are inexperienced, and they do everything in their power to protect their new little baby and forgive mistakes. These children who grow up feeling like they're in the limelight tend to develop responsible and leadership behavior. As adults, they are likely to be successful.

These children are hard to characterize because sometimes there's more than one middle child. Some tend to stay close to their older brother and seek protection from them, while some choose to keep their distance. Not being "first" or "last" can have problems on their self-esteem, make them feel like they're going unnoticed. This can lead them to become more introverted, but middle children are usually more independent and observant.

Parents aren't inexperienced anymore, and they're more relaxed about everything. Youngest children (sons especially) tend to be more charismatic, spontaneous, rebellious and sweet than their siblings.

You can't avoid birth order, but the way you raise your children will define who they will become in the future.

This article was adapted and translated from the original "Pesquisas mostram que a ordem de nascimento importa: o filho do meio é o mais propenso a problemas" which was originally published on familia.com.br. 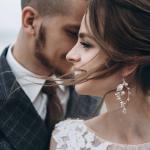